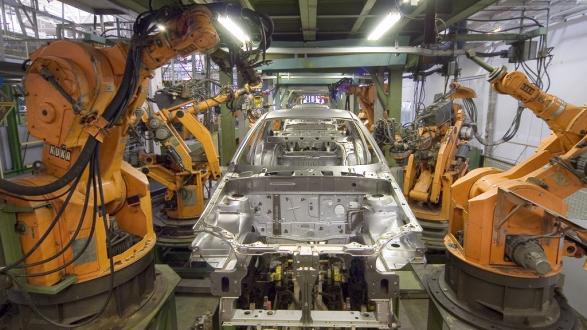 Automation is both a curse and a blessing, but there are many existing solutions to the inevitable impact on the labor market, Dr. Andrea Belz and Mr. Art Bilger told Pacific Council members during the "Future of Automation: The Next Industrial Revolution" panel discussion at Members Weekend 2017.

Belz is the vice dean of the USC Viterbi School of Engineering. Bilger is the founder and CEO of Working Nation. The discussion was moderated by Dr. Vandana Mangal, the founding executive director of the Easton Technology Management Center.

As the "automation revolution" continues to drive down production costs, streamline supply chains, and simplify operational processes, it simultaneously poses this daunting question: how will the rise of automation and artificial intelligence affect our labor market and the global economy? While some fear the worst when it comes to the potential loss of jobs and the impact that will have on the economy, others see opportunity and new possibilities.

This dynamic is not new; movements like the Luddites in Britain in the early 19th century revolted against increased industrialization and new technologies. But the speed at which change is now happening across major industries such as energy and transportation—including the development of clean energy, electric, self-driving cars, and artificial intelligence—has the potential to radically disrupt and transform society in an unprecedentedly short period of time.

Bilger stressed the need for retraining and reeducation programs for those whose jobs will be affected by automation.

"The slope of the curve in terms of changes in jobs over time has never been so steep," Bilger said. "We have to figure out ways to accelerate the process of retraining and reeducating those whose jobs will automate. It’s one thing to change K-12 curriculum, but reeducating those over 48 years old is a challenge. There are so many solutions for automation being worked on, they just don’t have good visibility."

Belz argued that math skills in particular need to be better developed in the coming generations.

"Unlike illiteracy, innumeracy is still acceptable for those entering the workforce," she said. "This will need to change. It is remarkable how difficult it is to fill engineering and technical jobs. If you look at the numbers during the Great Recession, there really wasn’t much of a recession in higher level categories of engineering, physics, etc. There are so many unfilled jobs, certainly here in Los Angeles today at a number of companies of all sizes. Every company today is a technology company. People opening restaurants are making sure they have opportunities for people to order through websites, etc. It’s not a universal problem that automation is wiping out jobs. If anything, it’s going to create entirely new jobs that didn’t exist before."

"We have this contradiction in that everyone walks around with more technology in their pocket than was used to fly to the moon in the 60s. Everyone is comfortable with technology, but they don’t see that as a skillset that they can transfer to their workplace."

Bilger agreed, adding that there are millions of unfilled jobs today across the country that generally require some level of technical experience. However, he said a large-scale reeducation process will not be easy.

"If someone didn’t have a really rewarding educational experience to begin with, the idea of now 28 years later going back into a classroom isn’t appealing," he said. "A lot of it has to do with the mentality set out at early ages about the idea of lifelong learning. Even for those of us who are well educated and have a terrific job today, five to 10 years from now it’s going to change dramatically and you’re going to have to be open minded in terms of reeducating and reskilling."

Belz said that the idea that there are so many people who may not be able to make the kinds of employment transitions that will be necessary is troubling.

"On the other hand, I also fundamentally believe in the power of technology as a transformative force," she added, "but it is certainly going to cause significant disruption inside of these different populations. We have this contradiction of a labor shortage and high unemployment. We have this other contradiction in that everyone walks around with more technology in their pocket than was used to fly to the moon in the 60s. Everyone is comfortable with technology, but they don’t see that as a skillset that they can transfer to their workplace. The more we make it clear where there is overlap, the better."

"There are a tremendous number of solutions [to the problems created by automation] that already exist. I’m actually hopeful, given what I’ve seen out there."

Bilger ended on a positive note, pointing out the many individuals and organizations who are actively working on solutions to the problems that automation is causing and will cause in the labor market and other aspects of society.

"There are a tremendous number of solutions that already exist," he said. "I’m actually hopeful, given what I’ve seen out there."

Read more about this year's conference at the Members Weekend 2017 website. Watch videos and read summaries of Representative Karen Bass' keynote address, Jerry Green's remarks on the Iran deal, the debate about President Obama's foreign policy, an interview with General Robert B. Brown, and insights from other Members Weekend discussions. Check out photos from the conference on our Flickr page.