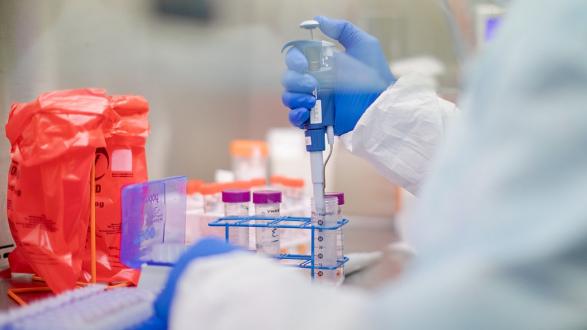 Both of the following statements are true:

The response to a public health threat should be independent of politics.

The response to a public health threat is always political.

Public health is not medicine although the related fields of medicine and public health are deeply interconnected. Public health exists at the ragged intersection of medicine and public policy. In one of the field’s famous early successes, in the cholera epidemic of 1854, English physician John Snow patiently and tediously plotted the addresses of those who died from cholera on a map of the city of London. His map showed a clear pattern of an increasingly dense concentration of cholera deaths around a specific public square, in the middle of which stood a pump from which the local population got their water.

In a controversial intervention, Dr. Snow persuaded the local constabulary to put a lock on the handle of the water pump in Broad Street—in more melodramatic versions of the story, Snow ripped the handle off the pump himself. Many citizens were incensed at being forced to travel farther for their water when the Broad Street pump’s water seemed clear and clean, but in short order cholera infections in the city began to decline.

Medicine treats patients one individual at a time. Public health acts on populations and plays a role, although not always recognized, in almost every issue, national and international, which the Pacific Council investigates.

At the end of 2013, a toddler in a small village in Guinea was sickened with an unfamiliar disease, believed to have been transmitted by bats. He soon died. Five subsequent cases in that area caused a medical alert to be issued. By August 2014, with the disease now recognized as the Ebola virus, the World Health Organization (WHO) officially declared the situation in West Africa a public health emergency.

We will only achieve the results we all hope for if we have enlightened, consistent, and—more importantly—honest guidance at the highest levels of national and international policy-making.

In the following month, the Center for Disease Control and Prevention (CDC) confirmed the first travel-connected case of Ebola in the United States in Dallas, Texas. That patient died. Two healthcare workers who had treated the patient in Dallas then tested positive for the Ebola virus. Both recovered. A medical aid worker who had worked in Guinea as a volunteer was hospitalized in New York City on her return and was diagnosed with Ebola. She recovered.

Of seven additional patients, mostly healthcare workers with Ebola, who were evacuated by airplane to the United States after working in West Africa, six recovered and one died.

Although the cases were few—acquired in Africa or from someone who had recently been in Africa—and the general public health danger small, Fox News and other right wing media outlets saw an opportunity to trash then-President Obama and pounced with enthusiasm, criticizing his administration for what they characterized as a weak response to a potential crisis.

After that first patient died in Dallas, Fox News reported with breathless alarm of “news of a second possible case of Ebola in the Dallas area (that of Sgt. Michael Monning).” Fox went on to editorialize, “…the president may literally believe we should suffer along with less fortunate nations.” Sgt. Monning subsequently tested negative, a fact which did not make it onto Fox News.

The resolute and science-informed Ebola strategy of President Obama and his team was admired around the world and served to greatly enhance U.S. prestige, a triumph not just of domestic policy but a big win for American foreign policy as well.

In stark contrast, during the first months of this year, Fox News and other media outlets on the right famously downplayed concerns about the coronavirus, going so far as to call it a hoax perpetrated by the president’s enemies, and amplified the stream of misinformation and dismissals pouring out from the current administration. In 2014, they had criticized Obama, calling—ironically in retrospect—for “a reliable flow of information and bold policy” from his administration and the CDC.

In fact, the information that came from the Obama White House and the CDC during the Ebola epidemic was straightforward, direct, and honest, while the lack of reliable information from the current administration and its CDC in the present outbreak has seriously hampered efforts across the country to respond safely, competently, and intelligently.

At a point in time when there had not been a single incidence of any human being ever contracting Ebola in the Western Hemisphere, U.S. congressman Todd Rokita (R-IN) claimed in a radio interview that unaccompanied minors crossing into the United States from Mexico could endanger residents of the United States by exposing them to the “highly contagious” Ebola virus. In fact, in a marked difference from the coronavirus, Ebola is characterized by limited communicability, and of course it had not even been seen among migrants crossing the southern border.

As one or two cases of Ebola virus appeared in the United States, a lightweight reality TV/tabloid celebrity saw what he perceived as an opportunity for political advantage and decided to comment from a position of abject ignorance of public health, sparking others to take political sides in what should have been a discussion of essentially medical considerations:

The U.S. cannot allow EBOLA infected people back. People that go to far away places to help out are great-but must suffer the consequences!

Steven Hatch, a physician who worked in Liberia treating victims of Ebola, later reflected on the crude way that politics and unscientific opinion influenced the national conversation: “The naked and brutal nativism on display at right-wing political rallies obviously had much deeper roots than Ebola. But from my standpoint, the outbreak helped legitimize a kind of language previously relegated to the fringes of American politics. Looking back on the campaign, I firmly believe Ebola was one of the key events that made Trump’s candidacy possible.”

In the event, while neighboring Mexico did in fact choose to ban travel from countries experiencing an Ebola outbreak, the United States took a different course. The Mexican solution was able to prevent any occurrences of Ebola within its borders during that period. Clearly that program worked, although arguably at the cost of discouraging people who lived in Mexico from traveling to West Africa to assist in combating the crisis there.

In an alternate strategy, one that was highly appropriate for the Ebola context but would not be effective against COVID-19, U.S. officials chose to identify possible at-risk individuals at ports of entry and then pro-actively alert health officials at their ultimate destinations. The United States experienced a few cases of Ebola, but its methodical, public health-oriented approach was highly successful at containing the disease and preventing an outbreak.

The United States also contributed millions of dollars and scientific leadership to the worldwide effort to combat Ebola, again a contrast to the current administration’s go-it-alone posture. The resolute and science-informed strategy of President Obama and his team was admired around the world and served to greatly enhance U.S. prestige, a triumph not just of domestic policy but a big win for American foreign policy as well.

To turn the tide in the struggle against the current pandemic, we need to re-learn a critical lesson from the Ebola experience: Public health can only be effective in confronting this kind of challenge with informed leadership that listens to the scientists.

Unfortunately, this remarkable success story is almost unknown in the country, one of several instances in which the Obama administration did good work but was unable to capitalize on it and garner the well-earned political points for its achievement. Of course, President Obama faced an uphill public relations battle in gaining enough deserved credit for his team’s measured and successful response because it is always difficult to claim victory for a non-event.

Dr. Leana Wen, formerly the president of Planned Parenthood and a visiting professor of Health Policy and Management at George Washington University, has lamented the politicization of health care, noting that, “There is a saying: ‘Public health saved your life today, you just don’t know it.’” She added, “The work of public health works best when we are invisible.”

Public health is quite visible at the moment, and clearly things are not going well. To turn the tide in the struggle against the current pandemic, we need to re-learn a critical lesson from the Ebola experience: Public health can only be effective in confronting this kind of challenge with informed leadership that listens to the scientists. Interventions at the local level can be helpful, but they are ultimately limited against a disease as widespread and contagious as the coronavirus. We will only achieve the results we all hope for if we have enlightened, consistent, and—more importantly—honest guidance at the highest levels of national and international policy-making.

Seth Freeman, MPH, is a writer, producer, and director of television, a journalist, and a playwright. He holds a Master's degree from UCLA's Fielding School of Public Health. This piece was also informed by his role for the past decades as Community Representative to the UCLA Health System.