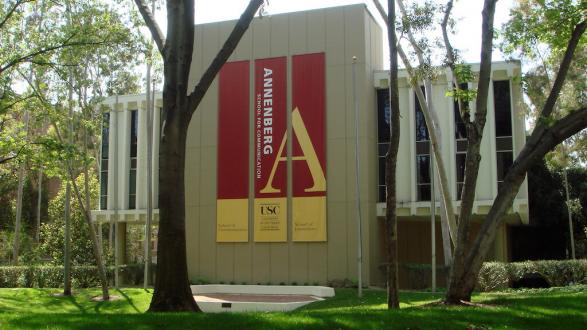 This spring, the Pacific Council continued its collaboration with the USC Annenberg School of Communication and Journalism. For a third year, we teamed up with Philip Seib, a long-time Pacific Council member and renowned faculty member at Annenberg, for a graduate-level class on foreign reporting.

Following the conclusion of this semester, Professor Seib retired after a long and storied career. The Pacific Council congratulates Professor Seib on a remarkable career and wishes him all the best in his well-earned retirement.

In addition to being a long-time professor of journalism, public diplomacy, and international relations at the University of Southern California, he served as director of the USC Center on Public Diplomacy from 2009-2013 and as vice dean of the USC Annenberg School for Communication and Journalism from 2015-2016. He is the author or editor of numerous books, including Headline Diplomacy; New Media and the New Middle East; The Al Jazeera Effect; Real-Time Diplomacy; and The Future of Diplomacy. His latest book is As Terrorism Evolves: Media, Religion, and Governance. He is editor of an academic book series on international political communication, co-editor of a series on global public diplomacy, and was a founding co-editor of the journal Media, War & Conflict. His work impacted and influenced countless students, journalists, and public diplomacy practitioners throughout his illustrious career, and will continue to do so.

"By having access to Pacific Council events and speakers, the students have gained real-world experience and have developed a new appreciation for the complexities of the topics the Pacific Council addresses," Seib said.

The class engaged five graduate students—most of them in the M.S. Journalism program—to think critically about covering international issues with a focus on Africa. The students dove into stories about the Tokyo Olympics, vaccine distribution in Iran, heritage preservation in Cambodia, and more.

"These students are exactly the type of professionals who should be engaging with the Pacific Council," Green said. "They are the next generation, and their commitment to journalism and to covering the most important issues affecting our city, country, and our world will influence the future direction of our international policy."

Throughout the semester, the Pacific Council published the students’ work in our digital Magazine, our online platform featuring daily commentary, analysis, and news about international affairs and policy. Below you can find a complete list of articles written by the students this semester.

Read all stories by the USC students here:

Read about our collaboration with Professor Seib's foreign reporting class in 2018 and 2019.

The views and opinions expressed in the pieces above are those of the authors and do not necessarily reflect the official policy or position of the Pacific Council.