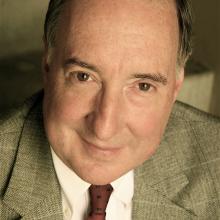 He is author or editor of numerous books, including Headline Diplomacy; New Media and the New Middle East; The Al Jazeera Effect; Real-Time Diplomacy; and The Future of Diplomacy. His latest book is As Terrorism Evolves: Media, Religion, and Governance. He is editor of an academic book series on international political communication, co-editor of a series on global public diplomacy, and was a founding co-editor of the journal Media, War & Conflict.

Dispatch from Ukraine: On the Frontline of the Info War
Remembering Neda
The Realities of Terrorism’s Resilience
President George H.W. Bush and Diplomacy
Exploring Presidential Power in "Presidents of War"
Why Rex Tillerson’s Departure Matters
Terrorism Continues to Evolve
The Case for Kurdistan
Mainstream Media Dropping the Ball with Terrorism Coverage
Why Some Arab Countries Want to Shutter Al Jazeera