The Case for Kurdistan 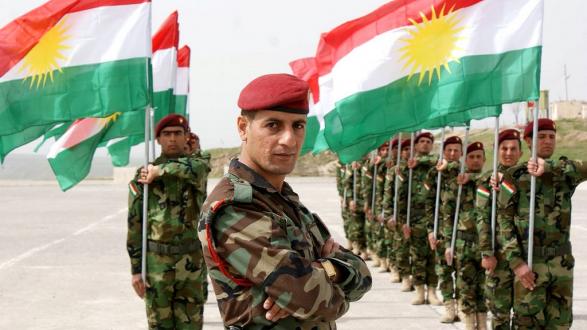 The widespread criticism of the recent Kurdish independence referendum has been grounded in the self-interest of the Kurds’ opponents. The Kurds’ right to self-determination has received little attention.

First, some history. The Kurds have been around for more than 2,000 years, with linguistic and other links to Persia. In modern times, the Kurds have been oppressed by Turkey, betrayed by Britain, and butchered by Saddam Hussein. Most recently, the Iraqi Kurdish Peshmerga fighters (the name means "facing death") have been among the most effective troops in the war against Islamic State.

The roughly 30 million Kurds live primarily in Turkey, Syria, Iran, and Iraq—finding themselves within those countries’ borders after World War I. Although the September referendum took place in Iraq’s autonomous Kurdish region, it set off alarms not only in Baghdad but also in Turkey and Iran, which fear separatist activity among their own Kurdish populations.

Despite their help in fighting against Islamic State, the Kurds have been treated with condescension when they assert themselves.

Despite their help in fighting against Islamic State, the Kurds have been treated with condescension when they assert themselves. U.S. Secretary of State Rex Tillerson said of the referendum, "The vote and the results lack legitimacy" and "We remain concerned about the potential negative consequences of this unilateral step." Of course, if the Kurds did not take "unilateral steps," they’d probably wait centuries more before achieving independence.

The main factor making the notion of an independent Kurdistan intolerable to Iraq’s central government is, not surprisingly, oil. Northeastern Iraq, where most of the country’s Kurds are, is rich in oil reserves. This is, however, also a vulnerability for the Kurds, because as the price of oil has dropped, the Kurdish economy—which just a few years ago was booming—has suffered accordingly. Oil has little value if it cannot be moved to markets, and the Kurds’ principal pipeline can be blocked by Turkey. This and other economic penalties that Iraq and its neighbors can impose on Kurdistan make achieving true independence extremely challenging.

The United States has been decidedly unhelpful to the Kurds, choosing instead to champion, in Tillerson’s words, "a united, federal, democratic, and prosperous Iraq," which is likely to prove more illusory than real. Further, the current U.S. administration lacks coherent policies that would allow it to deal effectively with Turkey and Iran, which are already taking punitive steps against the Kurds.

The Kurds might not match [the same level of] achievement [as American independence in 1776], but they deserve to be allowed to try.

Tillerson also urged the Kurds "to engage constructively in dialogue to improve the future of all Iraqis." The point that eludes Tillerson is that although the Kurds may live in what the great powers deem to be Iraq, they do not consider themselves to be "Iraqis." They are Kurds, and they see their future as something separate.

Most striking in the American response is the willingness to ignore this country’s own history. In 1776, our Declaration of Independence was a "unilateral step." England’s King George III went to war because he believed the Americans’ aspirations "lacked legitimacy." But from this illegitimate unilateralism emerged a great nation. The Kurds might not match that achievement, but they deserve to be allowed to try.
____________________

A version of this article was originally published on the Huffington Post.