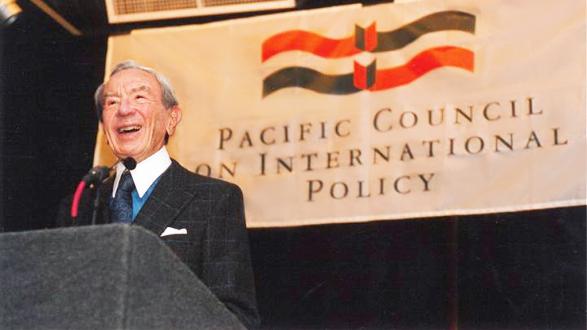 Warren Christopher, former U.S. Secretary of State, was an early champion of the Pacific Council on International Policy and longtime chair of its Board of Directors. His vision and values inspired all aspects of the Council’s work, and we seek to honor his legacy through the creation of the Christopher Society, a distinguished member society consisting of the Council’s most dedicated supporters and leaders.

The Pacific Council is grateful to our generous supporters who make it possible to advance our mission to build the potential of the West Coast for impact on global issues, discourse, and policy.

For questions about the Christopher Society, contact us at engage@pacificcouncil.org.

Our Christopher Society members include: