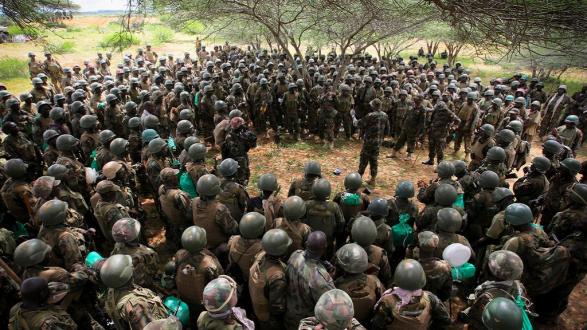 Judging from recent headlines from the battlefields of Iraq and Syria, we might believe that Islamic State is on its last legs. As for Al Qaeda, it is mentioned only occasionally. Based on mainstream news coverage, the scourge of terrorism that we have endured for so long seems headed for eradication.

Not so. Islamic State has suffered serious setbacks, but its leadership saw this coming and diverted people and resources to places such as Libya where they can regroup. Al Qaeda has lowered its profile but stepped up its activity, particularly in Yemen and western Africa. Groups such as Boko Haram and Al Shabaab remain significant players in their regions.

My new book, As Terrorism Evolves: Media, Religion, and Governance, describes the increased sophistication and resilience of terrorist organizations. Here are a few key points from the book:

Consider how far terrorism has come since the days of the lone anarchist bomb-thrower and even since the time when the most spectacular terrorist acts were airplane hijackings. We have reached the point at which Islamic State not only seized territory, but it also governed its “caliphate” with bureaucracies to supervise taxation, education, and heath care, as well as bomb-making and military action. Look at the cost in lives and money to disrupt that quasi-state and push IS fighters into what is probably only temporary retreat.

Among the complex issues that need to be addressed more thoughtfully are the ways that terrorist groups prey on Muslims. Terrorist recruiters offer a convincing message when they argue that Islam is under siege and Muslims should rally to defend it. Of the 1.6 billion Muslims in the world, only a tiny minority is committed to violence, and yet political leaders in many countries have encouraged, implicitly or explicitly, the Islamophobia that alienates the Muslim communities essential in pushing back against extremism.

It seems strange to argue, after all we’ve gone through, that terrorism needs to be taken more seriously, but that is certainly the case.

The United States and France are already recognizing the need for a greater counterterrorist military commitment in West Africa. NATO is determining what its expanded role should be. Law enforcement and intelligence agencies around the world are trying to stay a step ahead of terrorist planners. And all the while, the likes of Islamic State, Al Qaeda, and other murderous groups are expanding their reach.

Terrorism continues to evolve, and that will not be brought to an end until policymakers and the larger public better understand the motivation and strategies of the terrorist menace that they face. It seems strange to argue, after all we’ve gone through, that terrorism needs to be taken more seriously, but that is certainly the case.