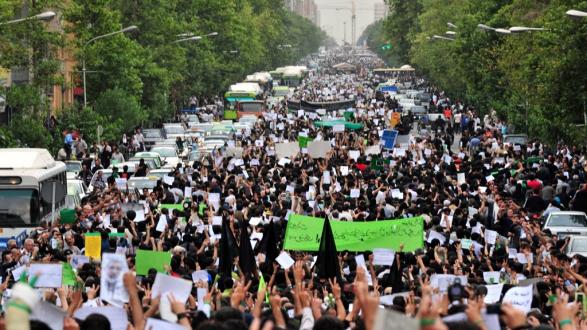 Ten years ago today—on June 20, 2009—26-year-old Neda Agha-Soltan left her parents’ Tehran home to join thousands of anti-regime demonstrators thronging the city’s streets. Neda was not a hard-core activist, but she was angry about the election a few days before that had given Mahmoud Ahmadinejad a second term as Iran’s president.

With several friends, Neda encountered police and Basij militia who chased and clubbed the protestors. As she ran to escape the violence, Neda was shot by a sniper from atop a nearby building. She fell to the ground and, despite the efforts of a physician who was nearby, she died moments later.

A sad story, certainly, but one that probably would have traveled no farther than the family and friends who would mourn her. Someone, however, among those who came to her aid had a cell phone and captured a video of Neda bleeding out on the sidewalk. The images are gruesome and gripping; a close-up shows her blood streaming across her face.

Journalists should also have pondered how their role was changing. They were no longer essential gatekeepers in the global flow of information.

The person who took the video knew he would encounter barriers created by the Iranian government if he tried to upload it to YouTube, so he sent it as an email attachment to a friend in the Netherlands who posted it. Soon thereafter, it appeared on CNN and became a viral sensation that over the years has been viewed millions of times.

But the government had been outmatched by less than a minute of video. The images of Neda lying in the street transformed the world’s perception of the Iran uprising. Before, for most of the world, it had been a remote event, with anonymous demonstrators protesting an election that most people outside Iran did not care about. Politics as usual. Now there was a name and a face: Neda dying in full view of millions of people. People would care about her.

Neda's is a quintessential story of the information age, showing that governments—no matter how powerful and repressive—cannot wholly control what their own people and global publics can learn about their actions.

In terms of government power over information, this was a transformative moment. The Iranian regime was resolute in suppressing news it did not like, as were other dictatorial governments around the world. Doing this was not difficult—it was just a matter of controlling or shutting down print and broadcast news outlets. International news coverage could be managed by limiting foreign journalists’ ability to report from within the country.

There were no reporters nearby when Neda died. But there was that one person holding a cell phone, and with just a few simple actions he was able to ensure that the world knew about Neda. Other governments took note, or should have done so. If they didn’t, the Arab uprisings two years later would get their attention, underscoring the power of new media technologies to make the political playing field a bit more level.

Journalists should also have pondered how their role was changing. They were no longer essential gatekeepers in the global flow of information. They were useful in disseminating news, as with CNN and other networks airing the Neda footage, but increasingly that material was being gathered by “citizen journalists” who could reach audiences of millions on their own via the internet.

Those who try to stifle yearnings for freedom will face ever greater challenges as information finds new ways to reach those who want it.

Today, 10 years after Neda’s murder, her story remains alive. Numerous YouTube postings still feature the video from the Tehran street and posthumous tributes. It is a quintessential story of the information age, showing that governments—no matter how powerful and repressive—cannot wholly control what their own people and global publics can learn about their actions.

Does all this mean that we are entering a new age of democratic enlightenment? Certainly not. But it does mean that those who try to stifle yearnings for freedom will face ever greater challenges as information finds new ways to reach those who want it. Neda’s death deserves commemoration for that reason.