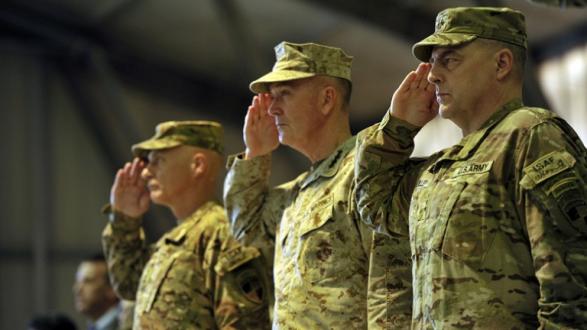 By:
Todd A Schmidt

American society has entered an era of “magical realism” with real-world consequences. It is an era tainted by decay, diminishment, and dilution of truth as it becomes intermingled with fiction, fancy, and the farcical.

It is an era stained by political polarization and proclamations of alternate facts and alternate realities. It is an era soiled by targeted, biased media that divides and parses society by beliefs and values, peddling and pushing biased opinions that masquerade as fact. Truth has become tarnished and individualized, while society abandons universal certainties. Left unchecked, this era of “magical realism” will have consequences for American society, security, and civil-military relations.

The term “magical realism” was coined in the early 20th century in reference to a genre of literature that intermingles descriptions of reality with fictional elements that are fantastical in nature. Nobel Prize-winning author Gabriel García Márquez popularized magical realism in his work, describing it as a natural expression of societies plagued by extremes.

In 1994, he wrote in Of Love and Other Demons, “Crazy people are not crazy, if one accepts their reasoning.” The surreal becomes real. The bizarre becomes ordinary. Persevering the current political environment and a global pandemic, Americans are clearly becoming desensitized to the surreal and bizarre. America’s slide into magical realism did not occur overnight or within the current century. It has been slowly occurring for several decades.

Americans are living in a new era of “magical realism.” It is having devastating consequences for American society, security, and civil-military relations.

On October 8, 1988, New York Herald Tribune reporter Tom Wolfe, an award-winning journalist and novelist, spoke to an audience of cadets at the U.S. Military Academy at West Point, New York. He spoke about “The Meaning of Freedom.” Wolfe is best known for his fiction and non-fiction publications, such as Bonfire of the Vanities and The Right Stuff.

Tom Wolfe’s speech at West Point, however, focused on four phases of freedom. He argued to cadets that American society had entered the fourth phase of freedom, a phase he described as most bizarre. Military professionals would find this final phase of freedom frustrating, disturbing, and disappointing, because it is marked by freedom from accepted standards of conduct, ethics, discipline, and morality [Wolfe, Tom. 1988. “The Meaning of Freedom.” Parameters. Vol. XVIII: 1. March 2-14].

The security implications of magical realism are directly related to how America informs and educates its society.

He laments a chaotic, incoherent, dysfunctional federal government led by intellectually bankrupt elected officials blinded by political partisanship, personal interests, and electoral concerns. Viewed through the lens of magical realism, a consequential vacuum is created by a plague of failed leadership and a famine of personal responsibility.

The security implications of magical realism are directly related to how America informs and educates its society. The intermingling of truth and fantasy, fact with opinion, and science with fiction, all elements of magical realism, has hobbled the American system. The media, charged with keeping Americans informed, openly wages political and misinformation campaigns. The education system, once one of America’s greatest strengths, ranking first in the world, now ranks 10th globally. The number of American high school graduates that go on to pursue tertiary education falls below 50 percent, behind Russia and many of our allies.

Government-sponsored studies by the National Institute for Health directly link the performance of Americans in science, technology, engineering, and mathematics (STEM) with the “long-term economic growth and security” of the United States. As education policy has become hyper-politicized, however, the importance of STEM education has been discounted.

Understanding science, possessing the ability to think critically, and discern fact from falsehood, provide the ability to identify deception by bad actors, misinformation campaigns by adversaries, and distractions by charlatans that prey on ignorance and superstition. Educated, informed, critical thinking improves the ability to discern between true and false knowledge.

From a military perspective, America’s education system produces the young men and women that go on to serve in uniform. They will be operating in an increasingly complex and contested strategic environment. Societal decay, brought on by a dark age of magical realism, has clear implications for achieving cognitive superiority and intellectual overmatch with our adversaries.

Could we see a shift in civil-military balance-of-power relations that favors increased praetorianism? The sad answer is: yes.

Leading civil-military relations scholar Dr. Ole Holsti finds that since 2001 military service members, generally, and large segments of the officer corps, in particular, have been “disappointed” with American civilian culture. Military elites generally view society, and the politicians they elect, to be corrupt, materialistic, greedy, self-indulgent, undisciplined, and dishonest [Holsti, Ole. 2001. “Of Chasms and Convergences: Attitudes and Beliefs of Civilians and Military Elites at the Start of a New Millennium.” In Feaver, Peter and Richard Kohn. 2001. Soldiers and Civilians: The Civil-Military Gap and American National Security. Cambridge, MA: MIT Press].

As America’s military becomes more politically active and politicized, which it has, it becomes less accountable to civilian leadership. This is particularly true in failed states plagued by the symptoms outlined in Packer’s article.

Skeptics will argue that civilian control of the military is a foundational principle of the American republic and will never falter. If the current pandemic has taught the entire world anything, however, it is how quickly our polity can change; how quickly freedoms are willingly exchanged for security. Indeed, the concept of civilian control of the military is dynamic [Shulman, Mark. 2012. Lead Me, Follow Me, or Get Out of My Way: Rethinking and Refining the Civil-Military Relationship. Carlisle Barracks, PA: Strategic Studies Institute]. It is susceptible to change [Bland, Douglas. 1999. “A Unified Theory of Civil-Military Relations.” Armed Forces and Society. 26: 1. 7-25]. There is a constant struggle for balance of power.

In a 2018 study conducted by the author, a senior general officer summed up what he and, in his description, many of his active-duty and retired peers believe, in response to an interview question regarding the current state of civil-military relations. He responded with the following:

“We are okay with the military being a praetorian guard. We’re more experienced. We’re more seasoned. We’re more mature. We have more practical experience. We’re better trained leaders, managers, and planners. We have greater resources. We have a global presence. We have an expeditionary and responsive mindset. Our engagement is continuous. We have the networks, relationships, and professional culture that allows us to take a policy decision and provide immediate, visible effects toward achieving national security objectives that no other agency can match.”

“Without continued and increased delegation of authority and autonomy from civilians to senior military leaders, you lack agility germane to the current operational environment… the process will become log-jammed and stifled by insecure civilians who have no idea what policy is or how to implement it. Civilians are more concerned with their legacy. Civilians will test the political winds before they respond to a president’s directives, and elected officials are more concerned about political survival.”

“The military is different. We believe in leadership and we are loyal to our oath. Civilians don’t possess that same sense of loyalty. Most presidents know this, although some may prefer personal loyalty over loyalty to the Constitution. Regardless, who do you want protecting our national security? Military elites need to be willing to push the boundaries, to push the envelope, to push politicians to ensure that we [the United States] remain responsive and capable of acting in the grey zones of interstate competition and conflict. But it goes against the grain of our traditional American culture and it requires an updated legal framework.”

Americans are living in a new era of “magical realism.” It is having devastating consequences for American society, security, and civil-military relations. The leadership vacuum in the American political system will be filled. Could we see a shift in civil-military balance-of-power relations that favors increased praetorianism? As we continue to watch the erosion and decay of truth, of American political institutions, and American society, the sad answer is: yes.

Colonel Todd A. Schmidt, Ph.D., is a U.S. Army Goodpaster Scholar and SAMS alumni. The editorial comments, opinions, and bias are his own, based on research and analysis related to doctoral studies on military elite influence on national security.