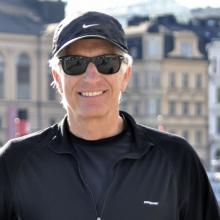 Seth Freeman is a writer, producer, and director of television, a journalist, and a playwright.  He produced the long-running newspaper drama, Lou Grant, and he created, more recently, the series, Lincoln Heights.  His work for the stage has appeared in over a hundred eighty-five theaters and festivals in the United States and around the world.  His print work can be found in The New York Times, The Los Angeles Times, The Wall Street Journal, Los Angeles Magazine, California Magazine, Southern Theatre Magazine, Stars and Stripes, the Huffington Post, YaleGlobal and The Hill.  He contributes his time to a variety of community organizations, including the UCLA Health System, where he serves as the Community Advocate for Patient Safety and Quality of Care and also on the Board of the School of Nursing, the ACO Board and the Quality Council.  He received a Masters degree in Public Health from UCLA’s Fielding School of Public Health in June, 2019.  He is a member of the Rape Foundation Board of Advisors and the Writers Guild Foundation Board of Trustees.  He has traveled with the Pacific Council to Guatemala, Turkey and Mexico City.