Is America Losing The Information War? 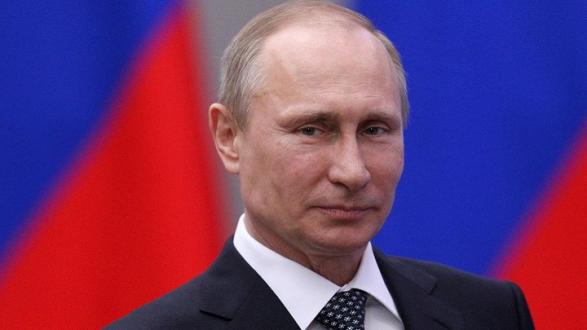 It would be hard to imagine Athenian generals worrying about the reporting of Spartan news or even, twenty-four centuries later, Douglas MacArthur caring much about media broadcasts from the land of the rising sun. But when General Philip Breedlove, the Supreme Commander of NATO, recently called on the West to make a greater effort to counter Russia’s toxic war of disinformation against Ukraine and its western allies, his concern made perfect military sense. In a world in which the dissemination of information is a key tactical element in violent conflicts, the West and America have remained far too passive in confronting both the insidious campaign of lies on Russian state-controlled media and the notoriously effective internet recruitment efforts of terrorist groups.

Today more than ever, the United States should be leading the West in its battle to influence and inform.

At the height of the Cold War, America’s Radio Free Europe was reverentially listened to in hushed rooms behind shuttered windows across Eastern Europe – including in the home of one of the co-authors of this piece (Agnia Grigas), who grew up in Soviet-occupied Lithuania. The promise of freedom and prosperity – especially as represented by American film, television, and media - spoke to millions around the world. Some Sovietologists only half-jokingly credit the TV series Dallas with helping to win the Cold War by offering a glimpse of the American dream in its most exuberant form. Today more than ever, the United States – the country which developed the most successful forms of communication and very concept of public relations – should be leading the West in its battle to influence and inform.

The discouraging news is that these initiatives are no match for Russian state-funded English language round-the-clock news channel Russia Today, with an audience of 700 million in more than 100 countries and a budget of $240 million. Moreover, in late 2014, the Russian state-owned news agency Rossiya Segodnya launched a new international media project Sputnik, to be broadcast in 45 languages across the post-Soviet information space – an arena which Russia already presently dominates.

The West needs to push back against the around the clock stream of disinformation with the truth – in a timely and forceful fashion.

America and the West appear even more perplexed and ineffective in the face of the success of terrorist groups who are recruiting fighters and participants to their violent project via online videos and social networks. The current U.S. administration, taking the threat seriously, has given the State Department’s Center for Strategic Counterterrorism Communications a larger role in coordinating the government’s response to terrorist messaging. Those in charge of this effort understand that the standard, familiar approaches will not win the battle. As President Obama pointed out in his address to the recent summit on combating terrorism, the West is not effectively connecting with its message because its opinion leaders are not themselves connected. The new efforts need to be pursued in smart, innovative ways that recognize how people, especially young people, communicate today.

With new forms of media being invented weekly, daily, and even hourly, we constantly have to be creating not just content but new and attractive message delivery systems. The West needs to push back against the around the clock stream of disinformation with the truth – in a timely and forceful fashion. Meanwhile, a more deliberately developed response is required to blunt the seduction of slick recruiting videos and websites by putting forth even more attractive positive messaging which emphasizes the opportunities for young people to create meaningful, satisfying lives by adhering to the basic principles of freedom of expression, the rule of law, and respect for the rights of others.

If Dallas delivered an effective brief for American culture in the nineteen eighties, it was not through its portrayal of venal, scheming protagonists; what impressed viewers in less affluent countries was in the background of the action, a vision of an open, attractive contemporary world. People outside of the West envied the freedom of the characters to pursue their machinations without worrying about where their next meal was coming from or if the secret police were going to knock on the door.

The first job of any American information campaign is to tell the truth rather than engage in propaganda, but the message will only carry the day with the planet’s disaffected people if it has a compelling and appealing truth to tell. Ultimately, the West needs to be able promote more than just its material success in a slick advert campaign. We need to be able to show that we have created – or at least are dedicating to working toward – a truly just society in which all people are treated fairly without regard to the color of their skin or cultural background, their religious beliefs or gender preferences.

Our most compelling message has always been not that American society is some homogenized, idealized consensus utopia, but that when people honestly see things differently, they can express their views openly, even offensively, without fear of arrest or censure. It is this core principle of our system that has intoxicated suppressed people for over two centuries. And when we are engaged in a war of information before a global audience, that message is also our most powerful weapon.

Mr. Seth Freeman is a multiple Emmy-winning writer and producer of television, a journalist, and a playwright.

A version of this article originally appeared in The Hill's Congress Blog, a forum for lawmakers and policy professionals.