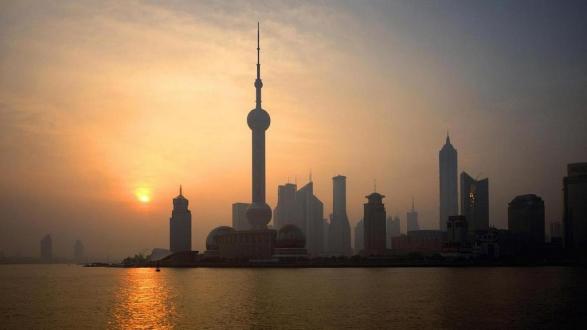 China’s economic slowdown continues to be a cause for worry, Dr. Roselyn Hsueh and Dr. Cindy Fan told Pacific Council members during the fourth installment of the BRICS Summer Teleconference Series. The discussion was moderated by Ms. Rebecca Liao, a China analyst and the director of business development at Globality, Inc., a Silicon Valley startup.

Dr. Hsueh is an associate professor of political science at Temple University and the author of China’s Regulatory State: A New Strategy for Globalization. Dr. Fan is vice provost for international studies and global engagement at UCLA and the author of China on the Move: Migration, the State, and the Household.

"For 30 years China’s economic growth has averaged about 10 percent, but in the last couple of years we’ve seen a significant slowdown," explained Fan. "That worries a lot of people, but if you look at China’s history over the last several decades, this is not surprising. A slowdown was inevitable."

Hsueh agreed that the situation should be kept in perspective. Beijing reported in June 2016 that China's economy grew just 6.7 percent in the most recent quarter, its slowest pace since the 2008 financial crisis.

"Compared to China’s growth in the last 25 years, 6.7 percent doesn’t look so great," she said. "But if we look at China compared to the rest of the BRICS countries, then we see that China’s growth this year is actually quite close to India’s, which is about 7 percent, even though it’s technically a slowdown."

Fan pointed out that one of the reasons for China’s economic growth over the last several decades was cheap labor and land, which she said is not a sustainable model for China over the next five to 30 years.

Beijing reported in June 2016 that the country’s economy grew just 6.7 percent in the most recent quarter, its slowest pace since the 2008 financial crisis.

"The country’s population is aging, so looking forward China needs to undergo industrial upgrading," said Fan. "They should transition from labor intensive driven growth into something that is more innovative and capital intensive. That will be their next recipe for success."

Fan also expressed her concern about the housing bubble that China is currently experiencing.

"Residential property prices have increased by 60 to 80 percent from last year to this year," she explained. "Economists are saying this can’t go on. If the bubble bursts, it will set off a domino effect and it could be scary. It will affect China’s economy in a very negative way and then ripple to the rest of the world."

Another concern is that many do not trust the economic numbers that are released by the Chinese government. Both Fan and Hsueh agreed that the exact numbers are probably not trustworthy, but that the overall trend the data is showing is likely accurate.

"The data coming from the government could be quite flawed, and that includes the GDP, which is collected from the bottom up," said Fan. "So when local governments want to pad their economic performance, it’s going to show up in the GDP. However, the Chinese are aware of this and there seems to be an effort to try to correct these issues. But we can all believe there’s an economic slowdown."

Hsueh argued that the Chinese want an accurate picture of economic indicators because "ensuring the political and social stability of the Chinese Communist Party is such an important goal."

Read Dr. Hsueh’s primer on the effects of Chinese style capitalism on the country’s economy.

The Pacific Council’s BRICS Summer Teleconference Series continues with a discussion about South Africa on September 14. Read summaries of our teleconferences on Brazil, Russia, and India.