A Primer on the Effects of Chinese Style Capitalism 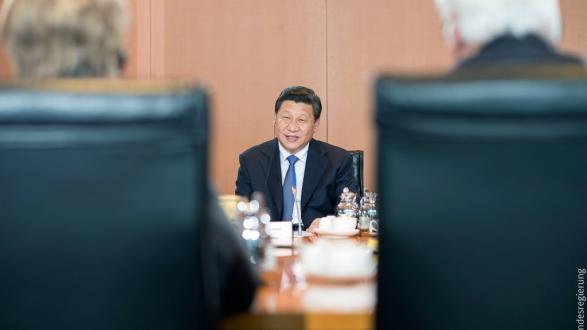 China & East Asia
Trade + Commerce
The following is an advance reading for the BRICS Summer Teleconference Series discussion Getting a Grip on China's Economy.
____________________

China today is experiencing the slowest annual GDP growth in 25 years. Quarterly growth is at its lowest since the global financial crisis in 2009 and trade has also slowed significantly. At the National People’s Congress in March this year, national leaders acknowledged the "ups and downs" of the economy, discussed overcapacity and looming layoffs, and promised fiscal stimulus and tax reform. The Chinese government has increased fiscal spending on infrastructure and loosened monetary policy. Tax reform will channel more fiscal resources to local governments along with new spending mandates. Last year the Chinese government exercised sweeping measures to prop up the country’s stock market. Regulatory interventions in recent years include anti-trust actions and intellectual property enforcement biased toward Chinese industry.

A slowed economy and extensive measures to address it echo China’s response to its last major economic slowdown following the East Asian financial crisis between 1998 and when China became a member of the World Trade Organization (WTO) in December 2001. My first book, China’s Regulatory State: A New Strategy for Globalization, uncovers how economic reforms unfolded, including the massive restructuring of state-owned enterprises (SOEs) burdened with debt, non-productive assets, and extreme excess capacity.

In industrial sectors and issue areas perceived to be strategic to the state for national security and the national technology base, such as automobiles, finance, energy, and telecommunications, then-premier Zhu Rongji instituted corporate governance reform, infused investment, and upgraded technology, but retained centralized market coordination and state ownership. These actions included the forced divestment of private and foreign capital.

China remains the second largest economy in the world and ranks behind Brazil and Russia in GDP (PPP) per capita among the BRICS.

The state deployed fiscal resources and regulatory capacity at the central level in these capital intensive and high value-added sectors, which contributed to infrastructural development. State-owned and state-controlled enterprises that survived the late 1990s industrial restructuring and consolidation are national champions today. In contrast, in nonstrategic, labor intensive and less value-added sectors, such as textiles, foodstuffs, toys, and consumer appliances, the state allowed businesses to fail or privatized them, leaving decentralized actors – from local government authorities to sector and business associations and local companies, state-owned or private – to govern market activities. The path dependent effects of this market reform strategy reside in the emergent Chinese style capitalism.

The 13th Five-Year Plan, approved in late 2015, seeks to modernize infrastructure, guarantee national security, and ensure social and political stability. It aims to boost economic growth during a period of slowed growth and sustain China’s increasing per capita income. This will be achieved through competition and deliberate regulation (of market entry, business scope, investment, ownership, capital markets, and standards setting) to support industrial upgrading and indigenous innovation.

Likewise, the "Guiding Opinions of the Central Committee of the Communist Party of China and the State Council on Deepening State-Owned Enterprise Reform," released in mid-2015, reiterates the party’s central role in the internal supervision of SOEs; acknowledges the state’s dual role in market coordination and ownership; differentiates between "public" versus "commercial" SOEs, which operate on political versus market logics, respectively; and underscores the state’s controlling interest in strategic sectors even as private shareholding is permitted.

In the medium term, the Chinese economy should be able to sustain the type of industrial restructuring that follows the strategic value logic of the dominant patterns of market governance in Chinese style capitalism. China’s economy in 2016 is much larger than in 1998 (nominal GDP was $1.03 trillion in 1998 versus $11.38 trillion today). There are less unemployed state workers (32 million between 1998-2004 versus 2-6 million over the next few years) and unemployed workers as a percentage of urban population (7% versus 0.7%). Today’s China has a much larger urban population (416 million versus 771 million) and crude steel capacity (100 million tons versus 1.2 billion tons). Moreover, not unlike before, the least predictable would be the reform details and political economic consequences of the nonstrategic, labor intensive, and less value-added industries. Local priorities and local political and economic actors govern regulatory and market developments there.

A potential caveat is the ongoing anti-corruption campaign led by Chinese president Xi Jinping, which has intensified party guidance and supervision of SOE executives and increased inspection and auditing of SOEs from a range of industries, including construction, electricity, finance, mining, nuclear, petroleum, steel, telecommunications, and transportation. The government has also taken private entrepreneurs into custody. All the same, as I testified in front of the U.S.-China Economic and Security Review Commission of the United States Congress in April, these developments do not alter the reality of the party-state deliberately and actively engaging in market coordination and asset shareholding in industries deemed most important for national security and the national technology base.

China remains the second largest economy in the world and ranks behind Brazil and Russia in GDP (PPP) per capita among the BRICS. China also tops the Global Competitiveness Index. Brazil, however, leads in basic human needs, foundations of well-being, and opportunity according to the Social Progress Index. India ranks last in economic and social indicators, except in opportunity measures, such as personal rights and personal freedom and choices, in which India ranks ahead of China.

Just as macroeconomics do not tell the full story in China, macro-national indicators belie vast differences between industrial sectors and subnational groups within the BRICS. My current book nearing completion investigates the distinct yet internally variegated road maps for globalization of the BRICS. The economic development trajectories of these countries and their internal variations question conventional wisdom on the effects of state intervention, competition, and markets on innovation, economic growth, and regime stability.
____________________