Getting a Grip on China's Economy 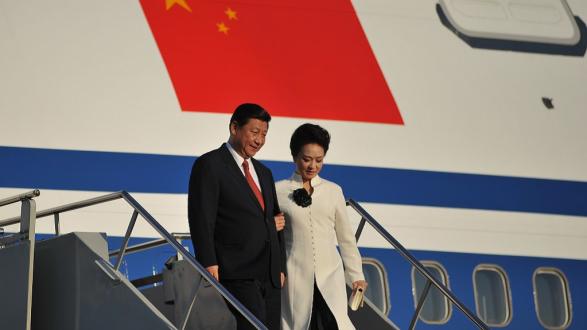 China’s economic growth, in relative terms, continues to be slow. Beijing reported in June that the country's economy grew just 6.7 percent in the most recent quarter, its slowest pace since the 2008 financial crisis. George Magnus, an associate at the China Center at Oxford University and a senior adviser at the Swiss bank UBS, estimates that credit in China is growing four times as fast as the broader economy. A recent International Monetary Fund report states that China’s corporate debt now amounts to 160 percent of its economic output.

What's next for China? Will it be able to maintain its standing as the strongest economic force in the BRICS coalition?

Dr. Cindy Fan is the author of China on the Move: Migration, the State, and the Household. Prior to her Vice Provost appointment at UCLA, Dr. Fan served as Associate Dean of Social Sciences, Chair of the East Asian Studies Interdepartmental Program, and Chair of the Asian American Studies Department. Read more.

Rebecca Liao is the Director of Business Development of Globality, Inc., a stealth startup in Silicon Valley. She is also a writer and China analyst. Her writing has appeared in the New York Times, Financial Times, Foreign Affairs, The Atlantic, and many other publications. Read more.