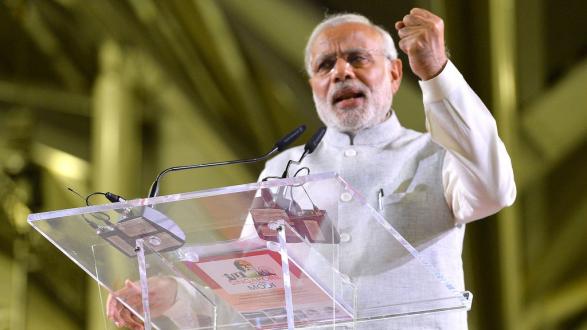 India has made great progress in terms of economic growth but there is still much the government can do to strengthen the country's prospects, Dr. Meg Lundsager and Mr. Richard Rossow told Pacific Council members during the third installment of the BRICS Summer Teleconference Series. The discussion was moderated by Ms. Nishtha Mishra, a Ph.D. candidate in economic policy and an assistant policy analyst at the RAND Corporation.

Dr. Lundsager is a public policy fellow at the Wilson Center and a former U.S. executive director of the International Monetary Fund (IMF). Mr. Rossow is a senior fellow and Wadhwani Chair in U.S.-India Policy Studies at the Center for Strategic & International Studies.

India can play a constructive role on the global stage but it should be less fearful of trade with other economies.

Out of the five BRICS economies, India’s alone stands out with annualized GDP growth north of 7.5 percent. As one of the world’s fastest growing economies, the country continues to be an attractive market to foreign investors. However, Rossow pointed out that while Prime Minister Narendra Modi is pro-investment, he is also anti-trade, which could hinder further growth. He said that India can play a constructive role on the global stage but must be less fearful of trade with other economies.

"In two years Modi has lifted about 40 different foreign equity restrictions, which is very significant, and much faster than any of his predecessor governments have done," said Rossow. "He courts investment from foreign CEOs, which is a new tactic for India. But we’ve seen no steps by the Modi government to integrate themselves in terms of trade with other major economies. They’ve shown no interest in joining the Trans-Pacific Partnership, our attempts to negotiate an investment treaty with India have gone nowhere, and all the Regional Comprehensive Economic Partnership members say India’s the reason those negotiations are slow."

Rossow said that in the years just prior to Modi’s tenure, India experienced declining economic growth and a lack of interest in initiating new economic reforms. When Modi took office, international expectations were high that he would enact a business-focused agenda and initiate powerful reforms early on.

"Two years on, most say it’s a mixed record," said Rossow. "You can see signs of things they’ve done and want to do, but relatively few of the big reforms people wanted. One good example is the major tax overhaul passed by parliament last week called the Goods and Services Tax (GST), which is going to help create more of a national market in India for production."

"Among the BRICS, when there are similarities in terms of their international objectives, they can work together and become a lobbying force."

Modi has also pushed for states to compete, according to Rossow. India is comprised of 29 states, each of which has power over their own electric grid, labor, and land acquisition.

"Modi is getting them to compete to attract investment, and states govern far more of what investors actually face than the federal government does," said Rossow.

Lundsager commented on the evolving role of the BRICS countries, including India’s place within them.

"Among the BRICS, when there are similarities in terms of their international objectives, they can work together and become a lobbying force," she said. "But beyond that, because their economies are so divergent, in terms of that translating into any real binding cooperation, there’s much less of that. You’d think they’d each be a regional leader and try to pull together the emerging market/developing country world, but that’s not the case."

Economically speaking, Lundsager said that "South Africa can’t deliver other African countries; Brazil certainly can’t deliver all of South America, much less Mexico; Russia doesn’t really bring along the former Soviet Union or Eastern Europe; India doesn’t really have a significant role in leading any particular group; and of course China, the big guy, is unto itself. They all want deeper cooperation with China, but each one of these countries has different kinds of tensions with China."

Lundsager said that the five BRICS countries have very little trade and investment amongst themselves, but they do have influence among international organizations such as the IMF. All five BRICS are IMF "creditors," which means they are strong enough that the body draws on their quotas, resources, and commitments to the IMF to lend to other countries. In other words, the BRICS have contributed to the pool of money that the IMF has used to contribute to Greece, Portugal, Ireland, Ukraine, and others over the years.

The Pacific Council’s BRICS Summer Teleconference Series continues with discussions about China on August 31 and South Africa on September 14. Read summaries of our teleconferences on Brazil and Russia.