Russia's Economy: In the Eye of the Perfect Storm 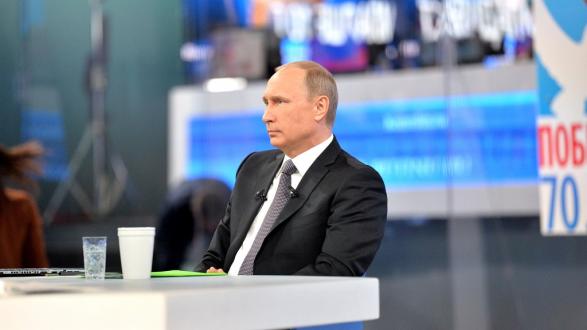 A perfect storm of internal and external factors – from falling oil and gas prices to Western sanctions – have contributed to the sustained decline of the Russian economy, Sergey Aleksashenko and Jennifer Harris told Pacific Council members during the second installment of the BRICS Summer Teleconference Series. The discussion was moderated by Agnia Grigas, a nonresident Senior Fellow at the Atlantic Council.

Dr. Aleksashenko is a nonresident senior fellow of Global Economy and Development at the Brookings Institution. Ms. Harris is a senior fellow at the Council on Foreign Relations.

After Russia annexed Crimea in 2014, the West imposed sanctions on Putin’s government. Then oil prices dropped, sending the Russian economy spiraling into a recession in 2015, with the value of the ruble falling about 127 percent and gross domestic product shrinking 3.7 percent. The International Monetary Fund anticipates a 1.8 percent decline this year.

"[Russia has] a presidential election in 2018 but everyone knows the outcome even today."

Harris believes, however, that the "economic downturn seems to have found its bottom. Russia is beginning to get its confidence back. Last month the federal bank decided to cut interest rates for the first time since August 2015, and the IMF came out with statements suggesting comfort with Russia’s current exchange rate, calling it appropriate for the current environment."

Aleksashenko said that as long as the world continues to consume oil and gas, which account for about half of Russia’s export revenue, then the country’s economy will not collapse. He added that the state-run energy company Gazprom is limited in terms of what it can or cannot do in the face of falling oil and gas prices.

"Gazprom is not a commercial company – it is a political instrument of the Russian government," said Aleksashenko. "In many cases it is used as a weapon against neighbor countries and others."

"We’ve seen Russian money try to prop up or bar candidacies in the heart of Europe. This has gone unaddressed for far too long."

When asked about the recent scandal regarding the U.S. presidential election, in which Russia was accused of hacking into and releasing Democratic National Committee emails and encouraged by Republican candidate Donald Trump to continue to do so, Harris pointed out that "this is certainly not the first foreign election that Russia has tried to meddle in. We’ve seen Russian money try to prop up or bar candidacies in the heart of Europe. This has gone unaddressed for far too long. We need to pass campaign finance reform, now that it is a matter of national security."

How will the future of the Russian economy impact the stability of Putin’s control? Harris argued that the Russian leader’s reign is directly linked to the country’s economic performance. Aleksashenko disagreed, saying he does not think Putin is going anywhere anytime soon.

"We have a presidential election in 2018 but everyone knows the outcome even today," he explained. "Putin is not scared of the economic situation. In order for Russia to be great, he believes the Russian people have to make sacrifices."

Meanwhile, he said, expect to see Putin increase Russian activity in the international arena as he tries to make the West less united and more vulnerable.

The Pacific Council’s BRICS Summer Teleconference Series continues with discussions about India on August 17; China on August 31; and South Africa on September 14. Read a summary of our teleconference on Brazil here.