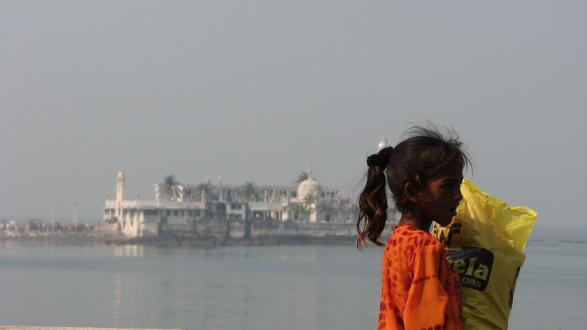 Out of the five BRICS economies, India's alone stands out with annualized GDP growth north of 7.5 percent. As one of the world’s fastest growing economies, India continues to be an attractive market to foreign investors. However, the country is still feeling the effects of its 1991 currency crisis, with a more gradual growth rate than many investors would hope, thus leaving large numbers of Indians behind. As the Los Angeles Times reports, "Nowhere is this more apparent than in Mumbai, India’s most mashed-up megacity, where lavish penthouses with private pools overlook seas of tin-roofed shanties where half the 12 million residents live."

What's next for India? Can the country maintain its position as one of the world's fastest growing economies?

Richard Rossow helps frame and shape CSIS policies to promote greater business and economic engagement between India and the United States. Prior to CSIS, he served as Director for South Asia at McLarty Associates, leading the firm’s work for clients in India and the neighboring region. Read more.

Nishtha Mishra is a Ph.D. candidate in economic policy, and an assistant policy analyst at RAND. Her master's thesis examined the state-level determinants of foreign direct investment flows in India. Read more.

FIRESIDE CHAT WITH KELLY COFFEY
A CONVERSATION ON THE 'QUAD'
A VISION FOR U.S.-CHINA RELATIONS WITH CONSUL GENERAL ZHANG PING