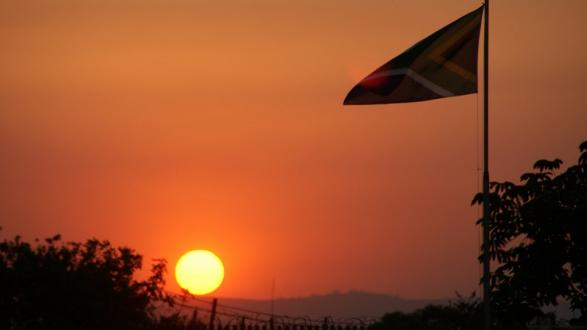 South Africa’s economy is experiencing its slowest growth rate since the 2008 financial crisis. "Too slow," according to the International Monetary Fund, to "improve living standards in a country where a third of the population is excluded from the economy." The IMF cut its 2016 growth forecast for South Africa from 0.6 percent to 0.1 percent, which means the economy is not keeping up with the country’s population growth of 1.7 percent. South Africa's unemployment rate has also increased to 26.7 percent in 2016, the highest in eight years.

What's next for South Africa? What impact is the country's slow growth rate having on the overall economic strength of the BRICS?

Mr. Grant T. Harris is CEO of Harris Africa Partners LLC and advises companies and organizations on strategy, policy, and mitigating risk with respect to doing business in Africa. He previously served as Special Assistant to the President and Senior Director for African Affairs at the White House from 2011 to 2015. Read more.

Dr. Gerald (Jerry) Bender taught at the USC Dornsife School of International Relations from 1976 until his retirement in 2008. A specialist on Africa, Professor Bender traveled to the continent on dozens of occasions, particularly to Angola and South Africa. Read more.

FIRESIDE CHAT WITH KELLY COFFEY
A CONVERSATION ON THE 'QUAD'
A VISION FOR U.S.-CHINA RELATIONS WITH CONSUL GENERAL ZHANG PING