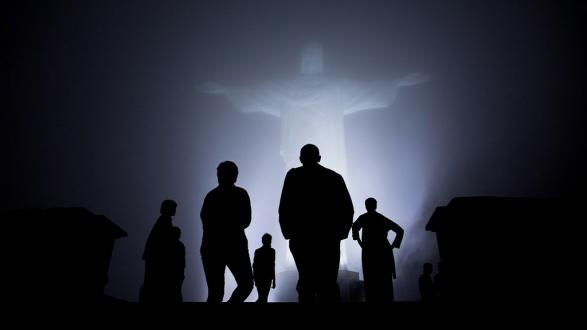 Dr. Sabatini is an adjunct professor at Columbia University and the founder and editor of LatinAmericaGoesGlobal.org. Dr. Oxhorn is a professor at McGill University, the founder of the Institute for the Study of International Development, and editor-in-chief of the Latin American Research Review.

Following up on the impeachment of former President Dilma Rousseff, reports of Rio de Janeiro being unprepared to host the upcoming Summer Olympics, the Zika virus being named an international public health emergency, and the continuing decline of Brazil’s economy, Dr. Sabatini and Dr. Oxhorn discussed whether Brazil should be considered part of a group of emerging markets such as the BRICS (Brazil, Russia, India, China, and South Africa).

Dr. Oxhorn said that he has always been skeptical of the term "BRICS."

"There was a sort of artificial creation of and fascination with the BRICS that they really didn’t deserve," agreed Dr. Sabatini. "They are wildly divergent countries in terms of their politics, world orientation, and economic models, and I think they will go their separate ways. We’ve already seen Goldman Sachs’ BRICS unit dissolve; I think that speaks volumes about the wisdom of viewing them together when even the people who coined the term ‘BRICS’ are leaving it behind."

"You’ve got an increasingly discredited interim government that really looks more and more like a throwback to the past."

Dr. Sabatini said the economic situation in Brazil is getting worse. "Ten years ago it seemed like Brazil could do no harm," he remarked. "It was a new economic, diplomatic, even cultural giant globally. It looked like the sky was the limit. Then in 2014 its economy grew by only 0.1 percent. In 2015 it contracted by 3.94 percent. And now it’s expected in 2016 to contract by 3.7 percent."

Dr. Oxhorn said he tries to remain optimistic about the situation in Brazil, but finds it hard to do so because of the country’s extreme inequality.

"That feeds into the political crisis and makes it more easily understandable why you get the corruption and the economic consequences," he said.

The economic picture they painted was not all bad, however. Dr. Sabatini said foreign investors are rushing into Brazil.

"We can argue that fools rush in where angels fear to tread, but the truth is that the numbers are there," he said. “In 2014 foreign direct investment (FDI) in Brazil was $62 billion. In 2015 it was $56 billion, so it dipped. But now this year, just in the first quarter, FDI has been about $23 billion, so if it continues on this pattern it’s going to beat the past two years. There are some strengths in the Brazilian economy that will remain almost in spite of all the other distortions."

As for Brazil’s political crisis, Dr. Oxhorn said the "growing corruption crisis around Petrobras led to increases in protests, which fed into the political crisis and made it more difficult for the economy to keep growing at a decent rate. A majority of Brazilians expressed frustration, often in the streets, with the corruption and the lack of continued progress becoming a real threat in their minds to this Brazilian miracle that led to Brazil being included in the BRICS category in the first place."

He added that all political parties and up to 80 or 90 percent of politicians in Brazil have been implicated or stand accused of being directly involved in some form of corruption.

Up to 80 or 90 percent of politicians in Brazil have been directly implicated or stand accused of being directly involved in some form of corruption.

"You’ve got an increasingly discredited interim government that really looks more and more like a throwback to the past," he said. "[Interim President Michel] Temer’s popularity is just about the same as Dilma’s at 10 percent."

Marczak referred to a recent Atlantic Council report called The Path to Power in Brazil that said the most likely outcome in Brazil’s 2018 presidential election is a "limited regeneration," in which candidates present themselves as new and alternative but are in fact still supported by the traditional political establishment. Marczak asked, "Are we primed for two more years of political uncertainty in Brazil? Or will things somewhat stabilize after the impeachment vote?"

Dr. Sabatini said that nothing is certain, and commented on the "very real possibility" that Rousseff may be exonerated.

"There are a number of people in congress who voted for the impeachment who have since expressed some remorse," he said. "So when the vote comes up on whether or not to find her guilty, it’s quite possible that she will be returned to office."

The Pacific Council’s BRICS Summer Teleconference Series continues with discussions about Russia on August 3; India on August 17; China on August 31; and South Africa on September 14.