The Far-Reaching Implications of Germany’s Election 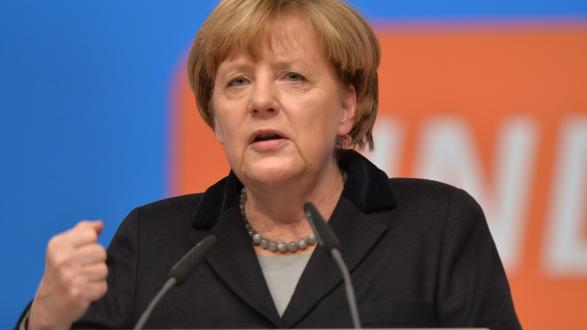 The results of Germany’s recent federal election will have a broad impact on the Eurozone, the NATO alliance, U.S.-German transatlantic relations, and the future of the European project, Ms. Heather Conley and Dr. Constanze Stelzenmüller told Pacific Council members in the fifth and final installment of the Pacific Council’s Summer Teleconference Series.

Conley is the senior vice president for Europe, Eurasia, and the Arctic at the Center for Strategic and International Studies. Stelzenmüller is a Robert Bosch senior fellow in the Center on the United States and Europe at the Brookings Institution. The discussion was moderated by former U.S. Ambassador to Germany John B. Emerson.

This discussion took place before Germany’s federal election, which was conducted on Sunday, September 25, and resulted in German Chancellor Angela Merkel winning reelection to a fourth term. Conley, Stelzenmüller, and Emerson all predicted that Merkel would win, but also pointed out the possibility that Alternative für Deutschland (AfD), a far-right, euro-skeptic, anti-immigrant, populist political party would win seats in the Bundestag for the first time, which it did. AfD won 12.6 percent of the vote and came in third after Merkel’s Christian Democratic Union of Germany and Christian Social Union in Bavaria (CDU/CSU) at 32.9 percent and the Social Democratic Party of Germany (SPD) at 20.5 percent.

"There are a whole lot of implications and possible directions coming out of this election that will not only impact what happens in Germany in the next four years but will have a broader impact on the Eurozone and the NATO alliance and obviously our own transatlantic relations."

Emerson laid out the pressing questions before the election: will Angela Merkel be granted a fourth term as chancellor? Will SPD leader Martin Schulz, who stepped down as the president of the European Parliament, be able to lead the Social Democrats back into the Chancellery, a place they have not occupied since the Gerhard Fritz Kurt Schröder chancellorship? Will the Bundestag grow from four parties to six? Will a far-right political party enter the Bundestag for the first time in over half a century?

"The most interesting question is not so much who’s given the right of putting together a governing coalition as chancellor, but what that coalition might well look like," said Emerson. "You don’t have to dig very deeply to see that there are a whole lot of implications and possible directions coming out of this election that will not only impact what happens in Germany in the next four years but will have a broader impact on the Eurozone and the NATO alliance and obviously our own transatlantic relations."

Conley agreed, adding that the governing coalition’s position on Russia, NATO, defense spending, and the future of European integration will be particularly important. Stelzenmüller said that although this was long seen as a boring election with a foregone conclusion, it had become a nail-biter in the final stretch because AfD inched into third place.

"AfD is extremely right-wing, it’s anti-democratic, it’s racist, it’s anti-Semitic, it contains people who are really on the outer right-most fringe of the German political spectrum," she said. "While they are unlikely to coalition with anybody, they are sure to change the tone and darken the political debate in Germany."

Emerson said that he always thought Germany had a "built-in speed brake when it came to the possibility of a surge of a right-wing party, and that of course is its history." Nevertheless, he acknowledged that AfD is gaining momentum.

"What we’re seeing in the former East Germany is that the AfD and Die Linke [Germany’s far left political party] are crowding out the political center," said Conley. "The east is becoming in some ways extremely polarized. We need to reflect on this. Nearly 25 years after reunification, what does this mean?"

Conley also pointed out that Germany—as well as most advanced liberal democracies—are struggling with a leadership challenge.

"Chancellor Merkel has been incredibly successful in eliminating all of her competitors, but it is not clear who succeeds her after this term, because this will be her final term," she said.

"There are real threats out there, from Russia and elsewhere. Those who are less interested in NATO are going to have to invest in a European army."

On the issue of raising Germany’s defense spending to 2 percent of GDP in its commitment to NATO, Emerson pointed out that the debate is not new.

"This was an issue that President Obama raised in literally every single bilateral meeting that I participated in between him and the chancellor, and there were a number of them," he said. "We made a lot of progress on it. We weren’t moving as fast as some would like but we saw in the last year and a half some real dollar progress in the last couple of budgets. Part of the problem with public jawboning, which is what we’ve seen recently, is that it makes the politics of getting something like this done even more challenging. That’s because it’s always hard for a leader to try to convince their country and fellow politicians to go along with a proposal that another country’s leader is publicly demanding that you do. It makes you look weak or inconsequential."

Stelzenmüller argued that Germany must not only spend and invest more on defense and security on behalf of its own national interests, but also on behalf of Europe and NATO.

"There are real threats out there, from Russia and elsewhere," she said. "Those who are less interested in NATO are going to have to invest in a European army."

"We have to recognize that Germany is leading the NATO battalion in Lithuania, they have forces in Mali and Afghanistan, and sometimes we don’t tout enough what the Germans are doing."

Conley agreed that Germany has made progress in this area. Germany currently spends about 1.2 percent GDP on defense and have committed to raising that to 2 percent by 2024.

"They have been substantially increasing that amount," said Conley. "We have to recognize that Germany is leading the NATO battalion in Lithuania, they have forces in Mali and Afghanistan, and sometimes we don’t tout enough what the Germans are doing. That said, the Germans recognize that they have to do more because maintaining these forces and keeping an operational tempo up is a strain. Now with terrorism, there’s an internal security dimension to this as well."

Stelzenmüller pointed out that the general strategic debate about Germany’s military involvement and defense spending has "become a lot more muscular than it has been in the past. Last year’s defense white book was a case in point," she said, referring to the Bundeswehr’s 2016 White Paper on German Security Policy and the Future of the Bundeswehr. "By German standards, that was a white book that—if a [new] government is willing to implement it—could make Germany’s allies including America very happy."