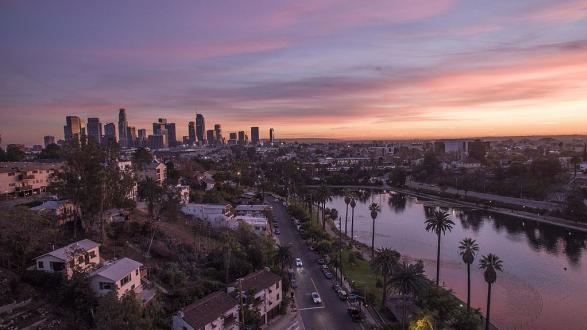 As we were reminded on his recent trip to California, Donald Trump loves to build walls. While his much-touted physical barrier at the U.S.-Mexico border is ill-conceived, unnecessary, and counterproductive, his less tangible wall-building efforts have the potential to do significant lasting damage. President Trump is now constructing economic barricades by imposing harsh tariffs against foreign imports, which will cause severe harm to California’s and America’s economic future.

But current trends show that Trump is not alone in his isolationist tendencies. The hostility toward free trade is evident in both major political parties. Populism—the ideology that fuels disdain for the political and economic establishment from both Trump and Bernie Sanders during their 2016 presidential campaigns—relies on a battle cry that falsely divides us by calling for the empowerment of working people over the "global elite." But globalism does not represent the threat to working class economic interests and cultural cohesion that these self-proclaimed "prophets" suggest. The proof of the fallacy of these arguments can be seen here in Los Angeles, which has emerged as an economic leader of North America, the Pacific Rim, and the Western Hemisphere and our country’s most important international crossroads.

LA’s diverse immigrant population has positioned it for economic success. A report released last year revealed that foreign-born residents in Los Angeles County generated nearly $233 billion in economic activity in 2014. The study also found that immigrants in LA County held spending power equivalent to $70 billion. Interestingly, LA’s immigrants accounted for 51.5 percent of all self-employed workers in the county in 2014, with their entrepreneurial businesses generating $7.2 billion.

As too many politicians and many of their constituents across America decry international trade and blame immigrants for a lack of economic and personal success, they might consider casting an eye to Los Angeles as a compelling counter-argument.

The region’s openness to international trade has led to flourishing business with Mexico and Canada through the North American Free Trade Agreement, with two booming ports that serve as international commerce hubs for the whole country. LA’s globalist policies in both trade and immigration have elevated its citizenry and provided opportunities that would not be available without an openness to conduct business beyond our borders.

According to the Los Angeles Chamber of Commerce, the LA metropolitan area is the top international trade hub in the United States. Global trade results in 500,000 jobs in the region. Foreign firms employ about 150,000 workers and professionals, while trade-in services, international tourists, and university students contribute billions to the local economy. Tech giants in Silicon Beach and world class biotech companies are attracting investment and talent from around the world.

As a result, California has grown in jobs and wealth in recent years, outperforming other parts of the United States. Between 2012 and 2016, California accounted for over 17 percent of U.S. job growth, and in 2016, California’s GDP grew at nearly twice the rate of the national economy. The state’s leadership and commitment to globalism is working—California’s economy ranks sixth in the world, ahead of France and Brazil. And Mayor Eric Garcetti recently told a Pacific Council audience composed of city leaders that LA is the third largest municipal economy in the world, after Tokyo and New York City.

As too many politicians and many of their constituents across America decry international trade and blame immigrants for a lack of economic and personal success, they might consider casting an eye to our region as a compelling counter-argument. If isolationists are looking for solutions to lift communities out of poverty and reinvigorate local economies, then globalism is actually not an obstacle but rather populism in its purest form. Its critics—from the right and the left—should take note.

Jerrold D. Green is the president and CEO of the Pacific Council on International Policy.