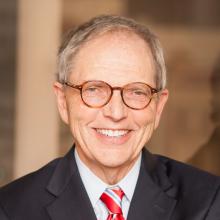 Dr. Jerrold D. Green is the President and Chief Executive Officer of the Pacific Council on International Policy in Los Angeles. He is concurrently a Research Professor at the University of Southern California Annenberg School for Communication and Journalism. Green was previously a Partner at Best Associates in Dallas, Texas, a privately held merchant banking firm with global operations. He also occupied senior management positions at the RAND Corporation where he served as the Director of International Programs and Development and was awarded the RAND Medal for Excellence. Dr. Green has a B.A. (summa cum laude) from the University of Massachusetts/Boston, as well as an M.A. and Ph.D. in Political Science from the University of Chicago. His academic career began at the University of Michigan where he was a professor in the Department of Political Science and the Center for Near Eastern and North African Studies. He subsequently joined the University of Arizona where he became a Professor of Political Science and Sociology and Director of the Center for Middle Eastern Studies.

Green has lived and worked in Egypt, where he was a Fulbright Fellow, Iran, and Israel. He has lectured on six continents and been a visiting fellow at the Chinese Academy of Social Science's West Asian Studies Center in Beijing; a visiting lecturer at the Havana-based Center for African and Middle East Studies (CEAMO), and a fellow at the Australian Defense College, and delivered papers at conferences sponsored by the Iranian Institute of International Affairs in Tehran. Dr. Green led three U.S. Department of Defense-sponsored Pacific Council delegations to Afghanistan, and one to Iraq, and has represented the Pacific Council as an observer at the legal proceedings being conducted at Guantanamo Bay, Cuba, by the U.S. Department of Defense. Read more.