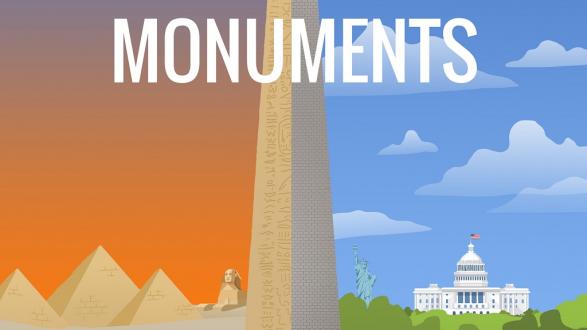 What is the opposite of public diplomacy?

The answer may be termed “public hostility,” and that essentially is how current U.S. policy toward Iran can be described. Instead of seeking influence over the Islamic Republic of Iran by promoting cross-cultural relations, encouraging dialogue, and deftly deploying smart power, the United States has opted for a form of public demonization.

Iran and the United States have unquestionably had a tumultuous relationship since the Iranian Revolution, characterized by great tension and fleeting moments of collaboration and cooperation. For the moment, however, the relationship is in a public diplomacy crisis.

There were signs of a new relationship in 2015 when Iran agreed to sign the Joint Comprehensive Plan of Action (JCPOA), a limited and narrow long-term deal focused exclusively on curbing Iran’s nuclear program signed by the United States, the United Kingdom, France, China, Russia, and Germany. This agreement came after years of tension and a more than two-years-long negotiation process led by then- U.S. Secretary of State John Kerry.

It is inconceivable that North Korea will give up its nuclear arsenal in light of Iran’s experience with the United States.

Hope of cooperation ended in May 2018 when President Donald Trump decided to withdraw from the Iran nuclear deal after months of threatening to do so. To set the stage, Trump initiated a public campaign calling the deal “rotten” and stated his desire to reinstate sanctions on Iran as well as to consider new penalties. However, many observers believe Trump’s decision to withdraw was counterproductive, as the United Nations, significant elements within the U.S. government, Washington’s JCPOA partners, and other members of the international community acknowledged that Iran was and still is complying with the terms of the nuclear deal. Trump did not present evidence that Iran was not honoring the deal when he announced his decision.

Critics of the JCPOA correctly and accurately pointed out that the deal failed to address destabilizing and destructive Iranian involvement in Iraq, Lebanon, Yemen, and Syria. Iran has unquestionably been involved in all manner of unsavory activities in the region. However, architects of the nuclear deal will be the first to point out that the JCPOA was not expected to have immediate influence or impact on other Iranian issues, be they domestic or foreign policy. Such challenges need to be addressed over time, but torpedoing the nuclear deal was not the way to deal with them.

By pulling the United States out of the nuclear deal, the threat of Iranian retaliation, increased sectarian conflicts, and Tehran yet again seeking a nuclear weapons capability have become valid concerns. The Trump administration has not launched any diplomatic initiatives towards Iran while abandoning a deal that it brokered is seen as proof to many that Washington cannot be trusted. It is inconceivable that North Korea, for example, will give up its nuclear arsenal in light of Iran’s experience with the United States.

There have been cases in the past where the United States was able to implement good faith public diplomacy efforts with hostile nations. In the case of Iran, however, what we see now is more like a cold war with no thawing in sight—the complete antithesis of public diplomacy.

Now celebrating the 40th anniversary of the Islamic Revolution, Iran is under crippling economic pressure, mounting discontent at home, and intensifying regional tensions, some of which are due to the reinstatement of sanctions on the country. Such growing political and economic pressure has given a boost to Iranian hard-liners and weakened more moderately-inclined Iranian officials including Foreign Minister Mohammad Javad Zarif, the U.S.- educated architect of the 2015 pact.

Additionally, President Trump has exacerbated tensions by making bellicose public statements, such as directly threatening Iranian President Hassan Rouhani via tweet, vowing “CONSEQUENCES THE LIKES OF WHICH FEW THROUGHOUT HISTORY HAVE EVER SUFFERED BEFORE.” Other senior Trump officials such as National Security Adviser John Bolton and Secretary of State Mike Pompeo have been equally as threatening. Bolton dubbed Iran the “central banker of terrorism” and Pompeo recommended designating Iran’s Revolutionary Guard as a foreign terrorist organization, which would be the first time that the United States designated a unit of another government’s military as a terrorist group.

The United States shows no interest in initiating public diplomacy efforts focused on this key Middle Eastern country with a population in excess of 80 million people. Public diplomacy is an attempt to find common ground and thus to promote leverage over friends and rivals alike. There have been cases in the past where the United States was able to implement good faith public diplomacy efforts with hostile nations so as to ratchet down tensions in search of mutual accommodation and increased U.S. influence. In the case of Iran, however, what we see now is more like a cold war with no thawing in sight—the complete antithesis of public diplomacy. It is a policy of all sticks and no carrots.

Washington’s abrupt policy shift behavior has engendered considerable international condemnation. At the recent Munich Security Forum, German Chancellor Angela Merkel was scathing in her criticisms of the United States for walking away from the JCPOA. In a joint statement after Trump withdrew the United States, Merkel, French President Emmanuel Macron, and UK Prime Minister Theresa May noted pointedly that the UN Security Council resolution endorsing the nuclear deal remained the “binding international legal framework for the resolution of the dispute.” Withdrawing from the deal was problematic not only vis-à-vis a more reasoned policy towards Iran, but also dismissive of our allies and deal partners, especially the UK, France, Germany, and the European Union. This was a P5+1 agreement, not a bilateral U.S.-Iranian one.

A further consequence of withdrawing from the deal was the illogical decision in terms of the findings of the U.S. intelligence community. After President Trump’s decision to withdraw, there was congressional testimony from CIA Director Gina Haspel, FBI Director Christopher Wray, and Director of National Intelligence Dan Coats who all noted that Iran is in compliance with the terms of the JCPOA. Trump responded by calling them “naïve” about Iran irrespective of the intelligence findings.

The relationship between the United States and Iran is at a dangerous juncture. Washington’s unremitting hostility to Iran does not have a genuine policy corollary. Is the United States seeking regime change, civil war, another popular revolution? Other than total Iranian capitulation, is there a realistic way out of this impasse? Clearly, U.S. allies do not support the United States’ approach to Iran. Yet again, the United States is going it alone rather than adhering to established international norms and agreements.

It is in the interest of the global community to have a collaborative Iran and not one that is cornered, desperate, and pushed into areas of even greater hostility. It is especially noteworthy that over 60 percent of Iran’s 80 million people are under 30 years old. If public diplomacy were to leverage the attraction young people feel globally towards the United States and its culture would be a far more powerful response to Iran’s sclerotic, corrupt, and fossilized theocratic elite than hectoring and isolating. The Trump administration should focus on building mutual trust and productive relationships with the future generations of Iran, which by definition would cleave it away from the unpopular ruling elite in Tehran.

The United States should lead by example. It should subtly but unmistakably drive a wedge between the Iranian people and its unpopular leadership. This is one situation in which public diplomacy would be especially powerful as the current U.S. policy of public hostility instead strengthens the very political and cultural forces in Iran that the United States should be striving to weaken.

Dr. Jerrold D. Green is the president and CEO of the Pacific Council on International Policy.

Gemma Stewart is the Communications Project Fellow at the Pacific Council on International Policy.

This article was originally published in the Summer/Fall 2019 issue of USC’s Public Diplomacy Magazine.