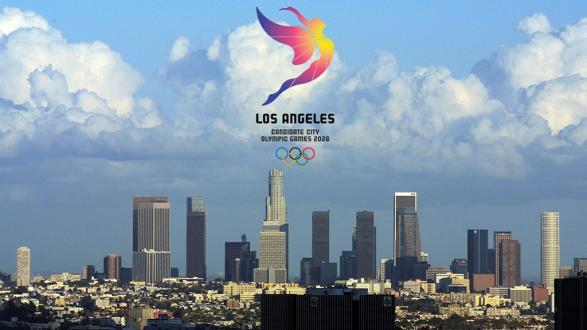 On July 31, the International Olympic Committee (IOC) and the Los Angeles Olympic and Paralympic Bid Committee announced that the 2028 Summer Games will be held in Los Angeles under the theme "Follow the Sun." In an unprecedented agreement, both the 2024 Games—which will be held in Paris—and the 2028 Games were awarded at the same time. The IOC will officially ratify the deal in September.

Under the terms of the host city contract, the IOC will contribute $1.8 billion to Los Angeles to increase participation and access to youth sports programs in the city in the years leading up to the Games.

"This is an historic day for Los Angeles, for the United States, and for the Olympic and Paralympic movements around the world," said Los Angeles Mayor Eric Garcetti. "Today, we take a major step toward bringing the Games back to our city for the first time in a generation and begin a new chapter in Los Angeles’ timeless Olympic story. This agreement with the IOC will allow us to seed a legacy of hope and opportunity that will lift up every community in Los Angeles—not in 11 years’ time, but starting now and continuing in the years leading up to the Games. LA 2028 will kick-start our drive to make LA the healthiest city in America, by making youth sports more affordable and accessible than ever before."

Pacific Council: Cities have increasingly been asserting themselves as entities in international relations. How do the Olympics strengthen Los Angeles’ place branding, city diplomacy efforts, and image as a global city?

Gene Sykes: Even the campaign to win the Olympic Games has done that to a degree. LA’s presentation to the IOC in Lausanne last month was an example of this. Our mayor, Eric Garcetti, was head to head or nose to nose with Emmanuel Macron, the new president of France. It was very clear that Los Angeles has demonstrated its capacity to be a world class city to host the Olympic Games, and frankly, from the perspective of almost everybody who viewed it, to also have the advantage in being able to actually pull it off. So we have already established ourselves as a credible host for the Olympics, the biggest mega sporting event in the world, and all of the decision makers around the Olympics—the leaders and members of the IOC—all believe it and confirmed it. If that doesn’t help project Los Angeles in the most positive international light with every very large city, I’m not sure what will.

So I think we’re persuaded that LA is going to be of the first rank of cities, and to the degree that cities are perceived to be the sources of innovation and community and inspiration for people in the future to an increasing degree, it’s very reassuring and positively affirming to the image and importance of Los Angeles to see that happen in real time.

PC: In many cities the public seems to be skeptical about some of the benefits of hosting the Olympics outweighing the costs, security concerns, traffic issues, and other concerns. Has that been the case in Los Angeles, and how has LA 2028 addressed those concerns?

Sykes: LA is of course very well equipped to do the Olympic Games whenever they want to do the Olympics. The mayor said we could host the Olympics in two months or 20 years. We’re not trying to be smug about it, it’s just that we have all the advantages of infrastructure and community support that some other places don’t have. We have great public support in Los Angeles and I think a lot of it has to do with the success of the 1984 Olympic Games. And we like to say that the support for the Games is in the DNA of our community.

But I don’t think that’s a stretch, and the evidence comes almost every single day when we talk to people who recall some direct personal experience from the ‘84 Games. And then of course we have LA84 as an organization that has funded almost a quarter of a billion dollars in youth sports programs throughout the community.

So there are a lot of very good things associated with the memory, the history, and the interaction of LA and the Olympic Games, which I think make it easier for us to have broad-based support for the Olympics and Paralympics in our own campaign. All the polling that either the IOC has done or we have done or other people have done independently confirms that.

PC: Will the city of Los Angeles lose money by hosting the Olympics, and if so, is that offset by other benefits? What are those benefits?

Sykes: We’ve shared a project budget with the city for the Games that the city reviewed and had an independent auditor, KPMG, review. They declared that it was reasonable and conservatively prepared. That shows a contingency of almost half a billion dollars, which means that the costs are expected to come in below the revenues we think we can generate, and we expect no city contribution from taxpayer funds to host the Games. LA is bidding for the Games and would organize the Games on a private enterprise model, not a government model like most other cities, including Paris, do.

PC: What message or story does LA want to tell about itself to the world through the Olympics?

Sykes: We have a great slogan: "Follow the Sun." And you’ve seen our image of the angel, representing the City of Angels, reaching to the sun. It’s very future-oriented. What we believe about Los Angeles is that this is the home of innovation and creativity, and it’s essentially a very optimistic community. And what we have made our pitch about is that you follow the sun of the future when you think about Los Angeles. We’re not about the past. While history is very important to all of us, we’re trying to help society and help sports move to the future.

PC: How will hosting the Games benefit the residents of Los Angeles?

Sykes: We’ve certainly talked about the benefit that comes from greater visibility for Los Angeles to the entire world. So Los Angeles essentially has more impact by being a host of the Games, but more tangibly, the real benefit of the ‘84 Games that people measure day in and day out was this financial legacy that came with the LA84 Foundation. And there was a real positive contribution into the community from the surplus that was generated by the Games. The mayor likes to point out that Venus and Serena Williams began their careers playing tennis in a program in Compton that was funded by LA84.

So we know that we cannot just inspire but we also need to help finance and create and endow the capacity in our community to do that, and we believe a vigorous and healthy community and a future-oriented, open-minded perspective are the qualities that we would hope to increase or emphasize and help stimulate by virtue of what we do here. And I think those will all create big benefits for the community.