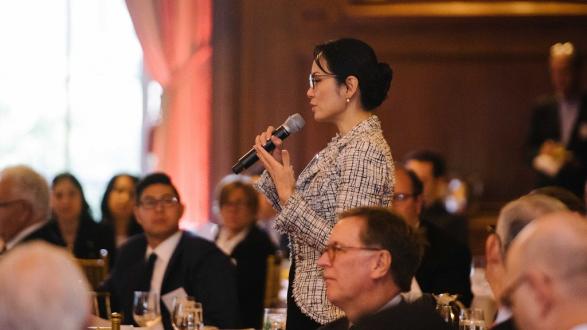 The sessions topics included the future of drones, the path to a renewable LA, the Sustainable Development Goals, NAFTA, Olympic lessons from Barcelona, water conflict, immigration lessons from Canada, the shifting global entertainment market, and more.

What follows are just a few of the many notable insights from the conference. Read more insights here.

The Path to a Renewable LA

He praised both the Port of LA and the Port of Long Beach as the lifeblood of LA’s economy, but pointed out that they’ve also historically been an enormous source of emissions. However, that presents a huge opportunity for emission reduction, as well, he added.

"We at Southern California Edison strongly support the Paris Accord on Climate Change. The United States needs to lead by example."

"We at Southern California Edison strongly support the Paris Accord on Climate Change," he said. "The United States needs to lead by example."

The consequences of climate change can have real world impacts on utility systems, he added.

"The volatility of LA’s weather—from severe drought to extended fire season—means we have to be ready for a new normal," he said. "Utilities need to harden their systems."

He added that utility systems are vulnerable in other ways as well.

"In 2017, there were 7 million attempts to hack our systems," he said. "They didn’t get in, but we must remain vigilant and strengthen our cybersecurity by investing in the Internet of Things and distribute our systems. The grid we have today is not equipped to handle the coming disruption of electric vehicles. The system has to be modified to meet that demand."

Megacities and the Sustainable Development Goals

"The Sustainable Development Goals are essentially a list of goals that the global community, through the UN as a vehicle, has come together to figure out how we address inequity around the world," said Abeywardena. "They are an agenda for the entire world. We all have a role to play to achieve these global goals."

Pipa said the SDGs are important because they allow for new ways of measuring progress. 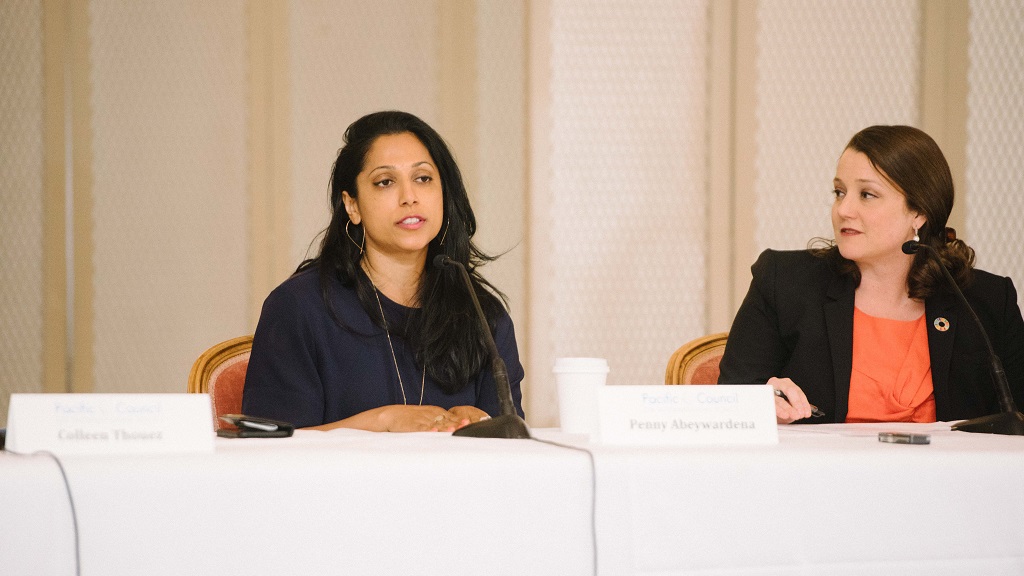 "We measure progress by economic growth—we use GDP," he said. "Yet we know that doesn’t capture a whole bunch of dimensions for well-being that cities are trying to achieve for their citizens. Human dimensions like poverty, health, hunger, education, decent jobs, gender equality and equity, protection of human rights, and ensuring climate and environmental sustainability. We ought to act in global solidarity, and that’s what the SDGs represent."

Bromaghim discussed how the city of Los Angeles is taking action to help achieve the SDGs.

"LA has been in awareness-raising mode for the SDGs," she said. "Now we’re moving into the implementation phase."

Thouez added that states need to get creative about how they fund and approach their SDG efforts.

"Barcelona and Los Angeles are in very similar spots when Barcelona began to prepare for their 1992 Olympic Games and where we are at today when we are preparing for the LA 2028 Olympics," he said. "Essentially, the city of Barcelona looked at bidding for and hosting the Games as a way to drive through the major urban redevelopment aims the city had planned and developed in 1976."

"A legacy foundation like the LA84 Foundation is the best thing an Olympic Games can do. The Games can’t fix the city, but it can make a huge difference in how people feel about their city."

DeFrantz, who has been on the International Olympic Committee since 1986 and was the vice president of the organizing committee for the 1984 Olympics, spoke about how the 1984 Olympics helped Los Angeles, and what we should expect from the Games in 2028.

"A legacy foundation like the LA84 Foundation is the best thing an Olympic Games can do," she said. "If we’re going to have a strong Olympic Games, it is really going to be felt by underserved communities. Sixty percent of the $270 million surplus from the LA84 Games went to the U.S. Olympic Committee, and 40 percent went to the LA84 Foundation. The Games can’t fix the city, but it can make a huge difference in how people feel about their city and can show that we can live in peace together."

Both speakers made sure to point out that not commissioning new housing for the 2028 Olympics is a missed opportunity for the city of Los Angeles and the future of its urban development.

"We look at conflict through the lens of political regimes, but a lot of times there are resource issues underlying those conflicts," she said. "The war in Syria, in some ways, was the outcome of decades of poor groundwater management. In the 20th century we fought wars over energy, and in the 21st century we are going to move because of water, because water underpins food production and energy production. We look at it through the lens of other things that aren’t necessarily resource tension."

She added that water is a human right, and called for conservation structures that don’t have a negative impact on the poor.

"Californians were committed to water conservation during the drought—until it rained again one time. How do we get people to realize that we’re in this for the long haul?"

Famiglietti talked about how heavily contaminated the groundwater is in the United States.

"It takes a long time and a lot of money to clean up," he said. "The cleanup of perchlorate under JPL has been ongoing for three decades. When you combine the water quality issues globally with groundwater contamination issues and changing water availability that we can now see with satellites, it’s a pretty grim picture. We can’t solve the global water crisis, we can only address it and try to manage our way through it."

Famiglietti spoke about the difficulty in getting people to adopt water conservation as a lifestyle. 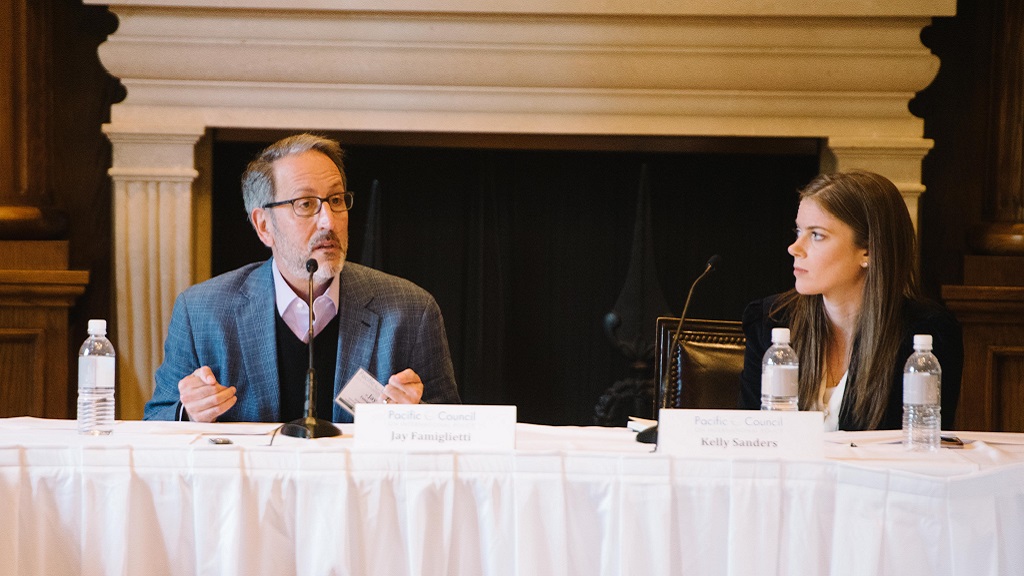 "Californians were committed to water conservation during the drought—until it rained again one time," he said. "How do we get people to realize that we’re in this for the long haul?"

One suggestion was to make water bills simpler and much easier to understand.

Robert Dunbar was the Communications and Programs Fellow at the Pacific Council on International Policy.

Read a summary of our keynote interviews with Dr. Liam Fox and Senator Christopher Coons. Check out photos from the summit on our Flickr page.