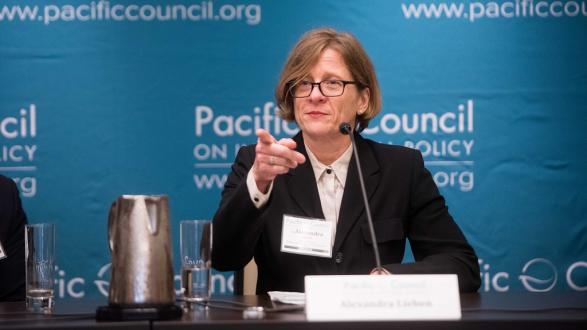 This year’s Global LA Summit spanned a full day of panel discussions and high-level keynote interviews on Los Angeles’ role as both a global city and national leader in various sectors and industries. Experts from the Los Angeles Consular Corps, the Mayor’s Office of International Affairs, the Washington Post, KCRW, LA Metro, Creative Artists Agency, and many others participated in our signature annual spring conference.

The conference’s breakout sessions included discussions about LA infrastructure leading up to the 2028 Olympics, freedom of the press, and the diversity of Angelenos.

Below are some highlights from the summit. Click here to watch the lunch keynote.

Safeguarding the Press: A Freedom Under Assault

The year 2018 proved to be a dangerous and trying time for journalism. Eighty journalists were killed in connection with their work, 60 more were taken hostage, and 348 called prison home. These figures represent an unprecedented level of hostility towards media personnel and reflect across-the-board increases in violence against those committed to a free and open press. The panelists discussed what these numbers suggest about the health of press freedoms around the world and what role Los Angeles and the United States can play in supporting an unimpeded press. 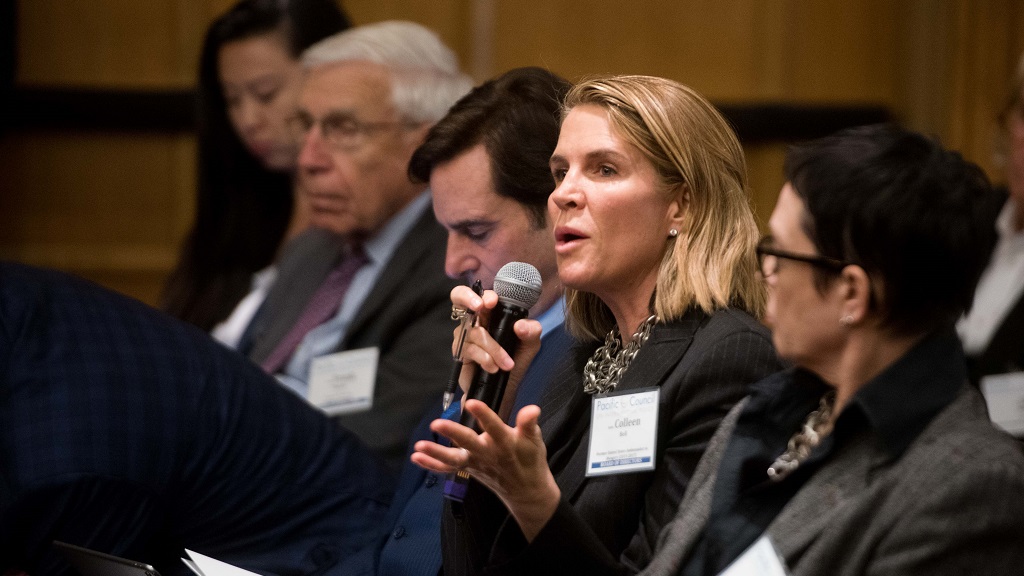 Chan began the discussion reminding the audience that May 3 was World Press Freedom Day and expressing opinions without interference is a human right. Chan laid out the many hard and soft threats to press freedom, from violence and killings to censorship, political intimidation, regulation to curb independent media, laws restricting access to public information, and attacks on the idea of facts.

Paterson reiterated that threats to journalists are greater than we have seen in that the number of cases and concerns being raised are higher than ever before and not necessarily what you would expect. In 2019 alone, five journalists have been arrested in the United States and 10 have been physically attacked.

“We are also deeply concerned about an increase in digital threats and online harassment and journalists’ ability to protect their sources and own information and data. [There is also the] use of legal threats and journalists being labeled as terrorists for going against a government’s narrative,” said Paterson. 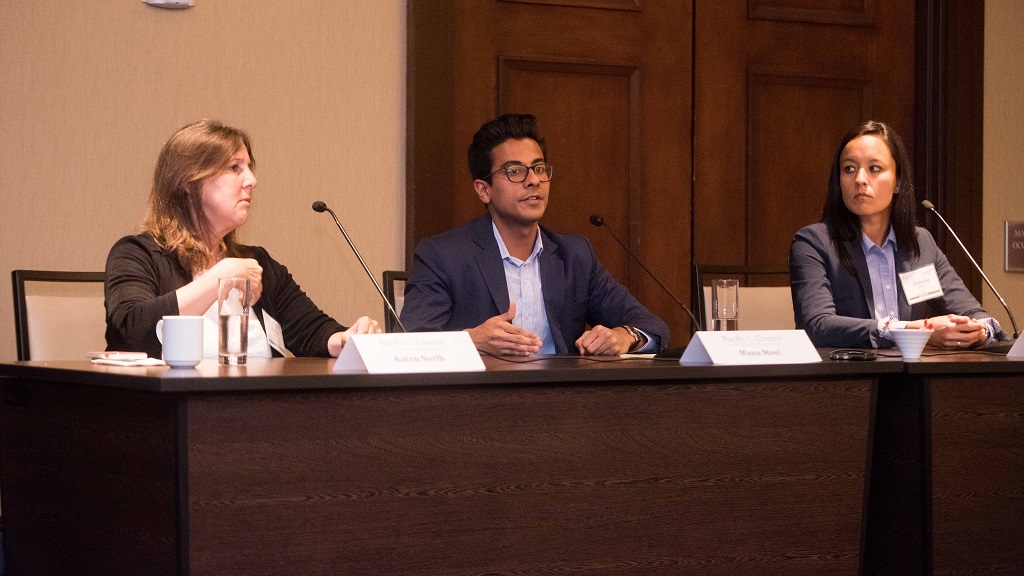 In addition to physical and political threats, journalists face an erosion of trust by the public as well. “There’s so much deliberate undermining of what constitutes truth and reality and what journalists do, particularly coming from people in positions of power. [But] we could treat this erosion of trust in the press as an opportunity for journalists to foster a real sense of independence and a willingness to be adversarial and jeopardize relationships with powerful people,” said Noriega.

All the panelists emphasized that threats against women journalists is a whole other level and is a major ongoing issue that needs further discussion. Furthermore, each concluded that the average citizen needs to better understand what journalists do, what press freedom stands for, and how reporters take great risks on a daily basis.

As Los Angeles prepares for the 2028 Olympics, it is a critical time to examine its design, infrastructure, and capacity as a city to host an event on the world stage. This panel explored best practices in urban planning from around the world and discussed pathways to develop a sustainable plan for LA’s future. 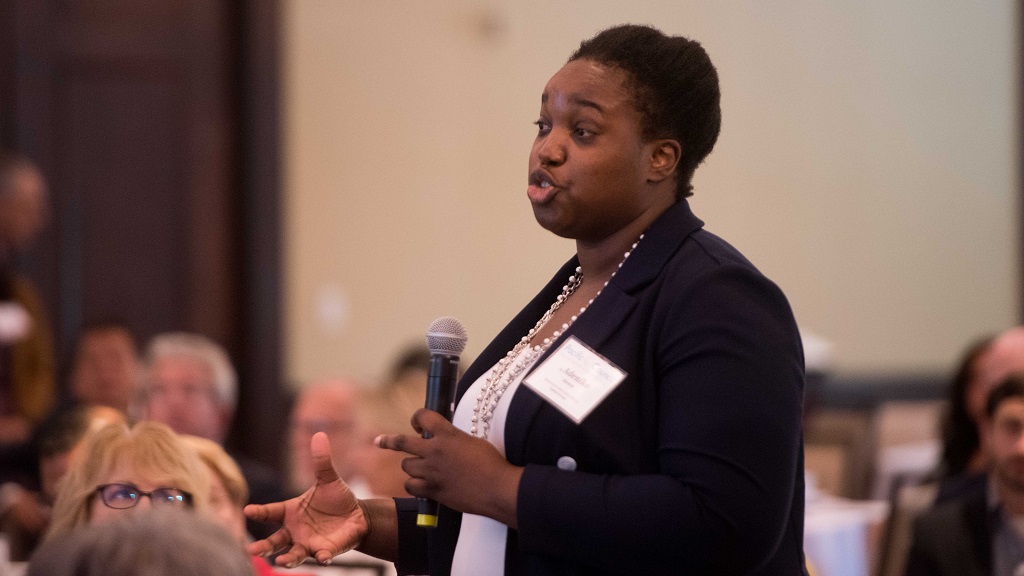 “Los Angeles and California are now seeing outward migration because of rising costs of rent and living. There’s a lot to think about in terms of getting ready for the Olympics,” Anderton said in regard to the current living and demographic context of LA.

One part of relieving rising costs is providing efficient and affordable public transportation. Vision 2028 is LA Metro’s plan to improve mobility in Los Angeles County over the next 10 years. It is an ambitious plan that hopes to solve LA’s many transportation and congestion problems all while creating new jobs and improving the standard of living in the region.

“Los Angeles has major mobility, inequality, and environmental issues with transit. Everyone in LA should have access to mobility within a 10-minute walk and 15-minute wait time. This is a very ambitious goal, but we are moving towards it,” said Schank. 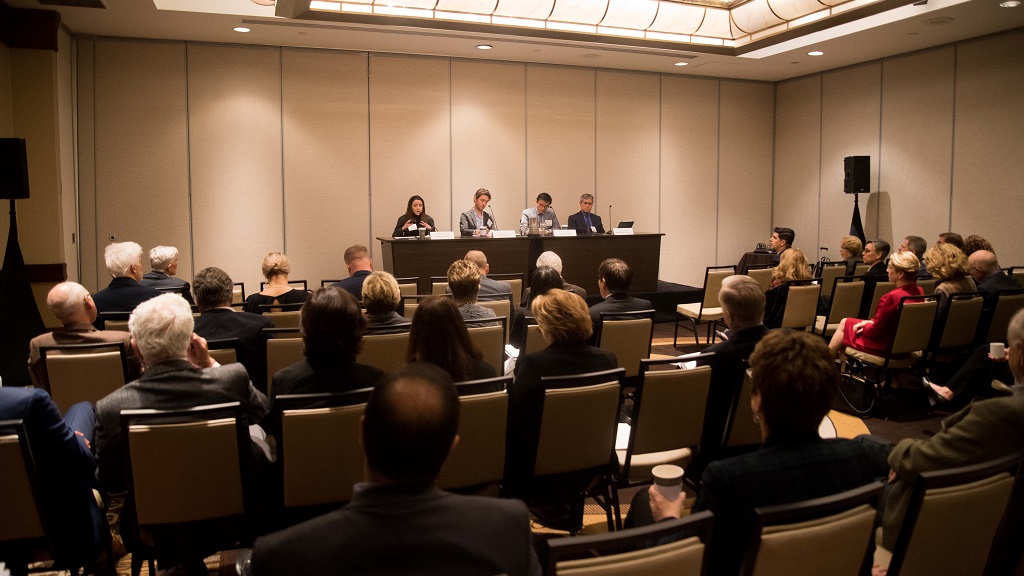 In order for Los Angeles to be ready for the Olympics and have an overall sustainable future, the panelists agreed that the actual changes that need to be made have more to do with effective public policy rather than the latest and greatest technology.

Despite LA’s reputation of being a young city, the city goes back much farther. In addition to having a rich history, Angelenos hail from every corner of the earth with almost 40 percent of LA’s residents being born outside of the United States. This diversity of history and experiences has made Los Angeles the vibrant city it is today. In this session, each panelist shared LA stories that are often overlooked, yet crucial to the city’s identity and transformation. 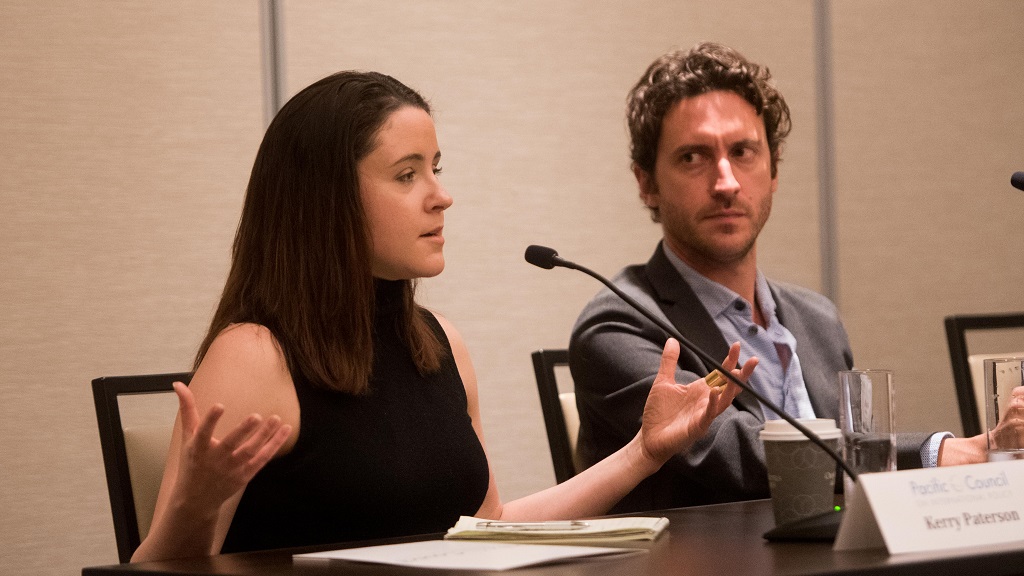 Ethington started the discussion with a detailed introduction of the Chumash, a Native American people who came by sea many centuries ago and historically inhabited the central and southern coastal regions of California, including what is now Los Angeles County. Ethington argued the Chumash essentially created this metropolis and LA’s great power of oral tradition originated with the Chumash.

Ishizuka jumped forward a few centuries to the 1960s and 70s, where she talked about Gidra. Gidra was a small, student-run newspaper started primarily by UCLA undergrads that shaped LA and the whole Asian Pacific American identity. Although contemporary scholars have since written about the connection between the Vietnam War and the development of an Asian American identity, these concepts were first theorized in Gidra. This social change newspaper opened Asian Americans’ eyes by forcing them to see what the United States really was and the possibility of their own community. Ahead of Global LA Summit, Ishizuka wrote a piece in the Pacific Council’s Newsroom on Gidra.

Park spoke about the LA riots of 1992 and what came out of this event for the black, Latino, and Korean American neighborhoods. While this was a very difficult time and episode in LA’s history, Park spoke of the positive and courageous efforts to cross racial and ethnic boundaries that resulted from such events and how minority communities came together to build a more just and inclusive Los Angeles. Most importantly, the LA riots of 1992 taught that Korean Americans must lift the veil of the model minority image and class inequality runs through this community and other communities in the region. 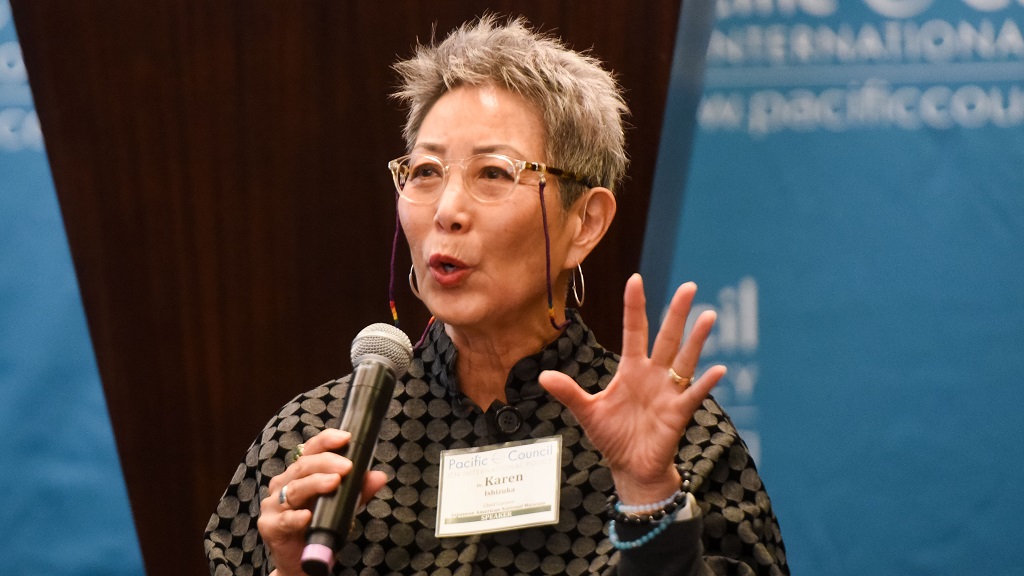 While LA has a diverse history and population, one of the city’s biggest industries does not reflect such diversity. According to Ramón, despite the fact that the more diverse a film or television show is the more profitable it is overall, Hollywood still has the majority of screen time and characters played by white actors. About half of frequent moviegoers are people of color, yet they are the most underreported demographic on screen.

As seen through the various LA stories shared by each panelist, Los Angeles is strongest and most sustainable when it embraces its diversity. By 2043, the United States will be majority minority, but for LA, that future is now.