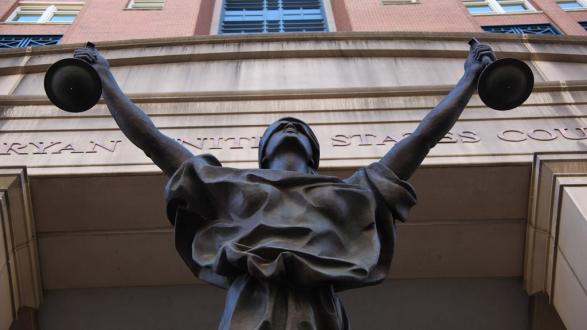 In this interview, Ms. Michelle Kezirian discusses the future of the Guantánamo Bay prison during the Trump administration. Kezirian is the director of litigation and policy advocacy at Neighborhood Legal Services of Los Angeles County. She serves as Co-Chair of the Pacific Council’s GTMO Task Force and co-authored the report on fairly and transparently expediting the Guantánamo trials. Read more about her background.
____________________

Ms. Michelle Kezirian: It’s very clear that we have a crisis in the Middle East, which is trickling over to Russia, Turkey, and the rest of Europe. Trump and his administration need to decide what the new approach is going to be. In light of Angela Merkel’s shift in Germany and France moving to the right, I think the policy of the West is shifting. There has to be a firmer response to the events that are happening in Syria, Turkey, and the region, and the United States needs to take a harder line. President-elect Trump has spoken about trade and Asia, but I think his administration is going to be focused on the Middle East.

PC: What do we know about Trump’s position on Guantánamo Bay?

Kezirian: The Pacific Council has been part of the Guantánamo Bay Observer Program since 2013. We’ve sent a number of observers to observe the pre-trial proceedings of Khalid Sheikh Mohammed, Abd al-Rahim al-Nashiri, and Abd al Hadi al-Iraqi. President Obama promised to close Guantánamo Bay in 2008, but I don’t believe that’s going to happen during his administration.

President-elect Trump has made some very strong statements about potentially expanding the use of Guantánamo, but we’re going to have to wait and see what he does as president. With that said, the trials are going to move forward. The entire year of 2017 has already been scheduled. It’s possible that the incoming administration will show greater support for the prison, since a lot of the focus of the Obama administration has been on closure and whether or not the trials should be moved stateside.

PC: President-elect Trump has said he will send more prisoners to Guantánamo and that he’s fine with sending U.S. citizens to be tried there. What’s the impact of those policy shifts?

Kezirian: Trump said a lot of things during the election that we may have to take with a grain of salt. He and his administration may or may not choose to send more prisoners to Guantánamo if it stays open – and I’m talking about the prison, not just the trials continuing there. We just have to wait and see.

Trump said a lot of things during the election that we may have to take with a grain of salt.

One of the great things about the Pacific Council is that we’re nonpartisan. Our report – Up to Speed – was bipartisan. There has been an election and there will be a change in administration, but regardless of who is in the Oval Office, these trials are going to move forward. We don't know if Trump will follow through on sending more people to the prison – that’s something he said during the campaign, just like when President Obama said he was going to close the prison and was unable to do it. We just don’t know what will happen.

PC: What’s the status of the report and members of Congress who have expressed interest in the recommendations?

Kezirian: [Pacific Council director] Richard Goetz has been in conversation with Congressman Adam Schiff [D-CA]. We were waiting for the results of the election to see what direction things were going to take and then circle back with our recommendations. It's my hope that there is still interest in continuing the conversation at the federal level.

Our report has support across the board because our focus wasn’t on closing Guantánamo; it was on the trial process and the proceedings.

Our report has support across the board because our focus wasn’t on closing Guantánamo; it was on the trial process and the proceedings. I’d like to think that our recommendations stand and that they’ll be given consideration because they’re good recommendations. It’s a big deal that our report was bipartisan. We’re really the only ones who have done that. Everyone else has taken a partisan position on Guantánamo. We as individuals have our own personal opinions but our neutrality as a policy organization gives us credibility.
____________________