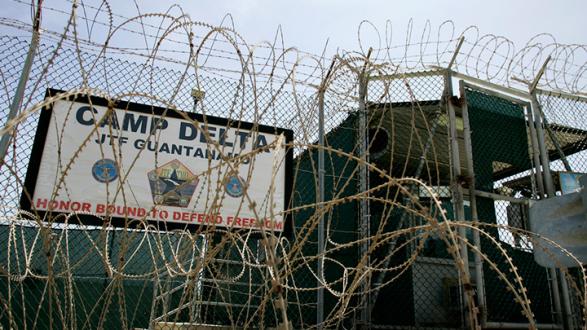 Since 2013, the Pacific Council has held official NGO observer status with the Office of Military Commissions at Guantánamo Bay, Cuba (GTMO). We are one of a select group of organizations with that designation, alongside Human Rights Watch, Amnesty International, and the American Bar Association. In this role we send member representatives with legal expertise to observe select proceedings at GTMO and report back.

Previous observers have attended the Military Commission hearings for 9/11 mastermind Khalid Sheikh Mohammed, Abd al-Hadi al-Iraqi, and Abd al-Rahim al-Nashiri, Ahmed Muhammed Haza al-Darbi, Majid Shoukat Khan, and Ibrahim Ahmed Mahmoud al Qosi. Upon return from GTMO, Council Observers often share their experience and findings in the form of Newsroom articles or Observer Dispatches. You can read all returning Observer Dispatches under "Related Resources" on the right hand side of this page.

In July 2017, Congressman Adam Schiff (D-CA) introduced three amendments to the FY2018 defense bill based on recommendations from the Pacific Council GTMO Task Force, which were adopted into law.

Members with legal expertise or other relevant background are invited to represent the Pacific Council as an official observer. Interested? Let us know: ipadrid@pacificcouncil.org.

Already a Pacific Council GTMO Observer and want to stay connected? Sign our Member Code of Conduct to be invited to internal GTMO communication channels.

HADI—Abdul al-Hadi al-Iraqi is a 57 or 58-year-old citizen of Iraq. He is one of 17 high-value detainees. Hadi has been charged in connection with a series of attacks in Afghanistan and Pakistan between about 2003 and 2004.

KSM—Khalid Shaikh Mohammad (KSM) is a citizen of Pakistan. He is one of 17 high-value detainees. KSM has been charged in connection with his alleged role in the September 11, 2001, attacks against the United States.

DARBI—Ahmed Muhammed Haza al-Darbi is a citizen of Saudi Arabia. Darbi pleaded guilty to: Conspiracy, Attacking Civilian Objects, Hazarding a Vessel, Terrorism, and Aiding the Enemy. Darbi struck a plea deal in 2014 that may allow for an eventual transfer to Saudi Arabia. He was sentenced to 13 years.

KHAN—Majid Shoukat Khan is a citizen of Pakistan. He is one of 17 high-value detainees. Khan pleaded guilty to: Conspiracy, Murder and Attempted Murder in Violation of the Law of War, and Spying. Khan struck a plea deal in 2012 and will serve 19 years for his cooperation.

QOSI—Ibrahim Ahmed Mahmoud al Qosi is a citizen of Sudan. He served as a driver, logistician, and cook for Osama bin Laden and the residents of an al Qaeda compound in Afghanistan. Qosi pled guilty to: Conspiracy and Providing Material Support for Terrorism. He was repatriated to Sudan in 2012 after signing a plea deal. Qosi is suspected of returning to terrorist activity in 2015. There is a $4 million reward for info that leads to his apprehension.