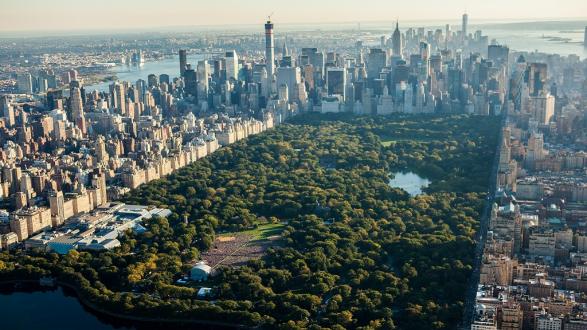 Since her appointment in 2014, Abeywardena, a Los Angeles native, has guided the NYC Mayor’s Office for International Affairs in launching a series of initiatives focused on showcasing the local leadership and inclusive values of New York City toward achieving the Sustainable Development Goals (SDGs), as well as connecting New Yorkers, and youth in particular, to the resources of the United Nations Headquarters.

"Before Mayor Bill de Blasio reached out to me to run the international affairs office, the office focused on the city’s role as a host to the diplomatic community and its operational responsibilities such as diplomatic incidents, security issues, the parking program, and helping the diplomatic and consular corps navigate this city," said Abeywardena, adding that New York City is home to the world’s largest diplomatic corps with the UN headquarters and its affiliates, 193 permanent missions, 114 consulates, and over 70 trade commissions.

"New York City and Los Angeles are beacons of sanity to the international community."

"My goal was to be an entrepreneur in government," she said. "The mayor and I wanted to create a global platform to promote that which is working in New York City. We’ve launched or expanded universal pre-K and tackled affordable housing, homelessness, climate action, and other important issues. But we also knew it was important for New Yorkers to find value in being a host city to this incredible diplomatic corps."

Abeywardena pointed out that the UN gets a "bad rap" from New Yorkers, partly because the city has not strategically marketed the benefits of the relationship.

"I commissioned the first economic impact analysis of hosting the UN in New York City in over 25 years," she said. "The numbers were extraordinary. It’s a boon of almost $3.69 billion. Instead of thinking about all the traffic in September during the UN General Assembly, think about all the people that are visiting our bodegas and dry cleaners and restaurants. There is a huge economic benefit in hosting the UN in our city."

Abeywardena is focused on connecting both adults and young New Yorkers with the UN. Her office engages them through two programs: Global Vision | Urban Action, in which they translate the 17 SDGs into concrete actions at the local level, and the NYC Junior Ambassadors program, in which seventh grade educators incorporate the SDGs into their curriculum, conduct field trips to the UN, and receive a classroom visit from a senior diplomat.

"There is a real desire from our global counterparts to hear New York City’s values as American values, and to see how we are leading on everything from climate action and immigration to education and housing."

Abeywardena said it is important that global cities such as New York and Los Angeles communicate, which is why she reached out to L.A.’s new Deputy Mayor for International Affairs Nina Hachigian, who is also a Pacific Council Director.

"New York City and Los Angeles are beacons of sanity to the international community," said Abeywardena. "There is a real desire from our global counterparts to hear New York City’s values as American values, and to see how we are leading on everything from climate action to how we support our immigrants to how we are tackling issues related to education and housing."

Two of the biggest issues where cities have displayed their leadership is immigration and climate action, Abeywardena said. On immigration, she pointed out that the consular corps are important bridges into the city’s immigrant communities.

"We work with them to make sure city services are getting out to them in a program called Connecting Local to Global," she said. "And we have a program called IDNYC which ensures that all New Yorkers, regardless of their immigration status, are able to have an ID card, without which you can’t access city services or even pick up your kids from school."

"Organizations like the UN are increasingly looking to cities and the private sector as federal governments are shifting away from their appropriate responsibility."

The Puerto Rican community, in particular, is significant in New York, and the city's response to Hurricane Maria provides another example of how cities are handling the responsibilities of what are typically seen as the federal government's responsibilties. Two months after the hurricane devastated the island, about half of the island still does not have electricity. New York City has set up a website to accept donations for their Puerto Rico relief efforts.

"New York City has a commitment to supporting our Puerto Rican community during this time when we don’t really feel like the federal government is showing up," she said. "We’re working closely with the Department of Education so any students coming in from Puerto Rico are immediately integrated into a classroom."

According to Abeywardena, climate action is one of the main ways that cities such as New York and Los Angeles are displaying their leadership on the global stage.

"New York City along with 300 other cities came together and signed their own executive orders around committing to the Paris Accord," she said. "A few weeks ago, New York City released our policy plan as to how we are going to achieve that, and that has been really important because organizations like the UN are increasingly looking to cities and the private sector as federal governments are shifting away from their appropriate responsibility. One thing that has come out of this last year that most of the international community and also Americans didn’t appreciate is the power of cities and states to lead and shape policy."

"With all the recent elections in the western world, there are a lot of like-minded mayors and governors out there who allow for different opportunities for engagement."

Abeywardena said that one of the unintended consequences of Donald Trump’s election is that it is now more appealing for some foreign entities to engage with the United States through its cities.

"There’s a real sense of solidarity at the city level," she said. "With all the recent elections in the western world, there are a lot of like-minded mayors and governors out there who allow for different opportunities for engagement."