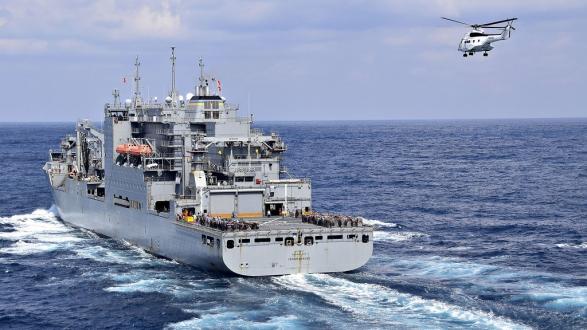 The third installment in the 2019 Summer Teleconference Series on territorial disputes, featuring the South and East China Seas.

The South China Sea is at the center of disputes by various nations including Brunei, China, Taiwan, Malaysia, Indonesia, the Philippines, and Vietnam. Over $3 trillion of trade passes through the maritime region, creating particularly high stakes for each nation’s claims. Amid an already tense relationship between the United States and China, the U.S. Senate announced its intent in May to propose legislation sanctioning China’s illegal activity in the East and South China Seas.

What has triggered the recent escalation of conflict in this maritime space? Is military conflict likely to result from the volatility in the South China Sea? What would be the global impact triggered by China’s militarization of the disputed space?

At CSIS, Gregory Poling oversees research on U.S. foreign policy in the Asia Pacific, with a particular focus on the maritime domain and the countries of Southeast Asia. His writings have been featured in Foreign Affairs, The Wall Street Journal, and Foreign Policy, and he is also the author of The South China Sea in Focus: Clarifying the Limits of Maritime Dispute (CSIS, July 2013). Read more.

Alex Moore is the Events Officer at the Pacific Council on International Policy, where he researches and monitors shifts in foreign policy, oversees the logistical and operational elements of events, and recruits U.S. and foreign diplomats, military officials, and experts to meet with the Council. Read more.