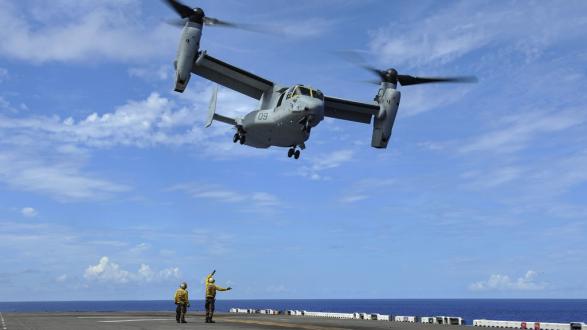 The maritime regions within the Asia Pacific have, in recent years, been associated with China’s assertions of power and have been a catalyst for conflict with its neighbors as well as the United States. China’s actions in both the East China Sea and the South China Sea have even prompted bipartisan action from the U.S. Congress seeking to impose sanctions on the country. Where does the dispute stand now, and why are the seas so important to U.S. strategic interests in the region?

As part of the third installment in the Pacific Council’s 2019 Summer Teleconference Series covering territorial disputes, Pacific Council Events Officer Alexandre Moore convened Robert L. Thomas, Jr., of the School of Global Policy and Strategy at the University of California, San Diego, and Gregory B. Poling, director of the Asia Maritime Transparency Initiative and fellow with the Southeast Asia Program at the Center for Strategic and International Studies, for a conversation about the disputes related to both bodies of water.

The steady increase in Chinese high-end military deployment and vessels operating in the sea continue to post a threat to U.S. strategic interests related to the preservation of maritime law, its credibility as a security provider in the region, and its ability to operate militarily.

The United States has taken action, with former President Barack Obama asserting that the issue relates to its mutual defense treaty with Japan. Given China’s moves to influence states in the United States' Compact of Free Association, including the Marshall Islands, the Federated States of Micronesia, and Palau, the dispute in the East China Sea continues to carry implications for U.S. interests, especially strategic positioning and resource management.

While the South China Sea has fallen from the top of the international media’s attention over the past three years, Poling explained, the issues at hand have far from disappeared. China’s island building campaign between 2013 and 2016, during which China created 3,200 islands, intensified the dispute between it and the United States, and since 2018 China has increased measures to intimidate U.S. partners in the region. The steady increase in Chinese high-end military deployment and vessels operating in the sea continue to post a threat to U.S. strategic interests related to the preservation of maritime law, its credibility as a security provider in the region, and its ability to operate militarily.

Will the disputes in the East and South China Seas escalate beyond non-military coercion and intimidation? Listen to the full conversation below, including a Q&A with teleconference listeners: