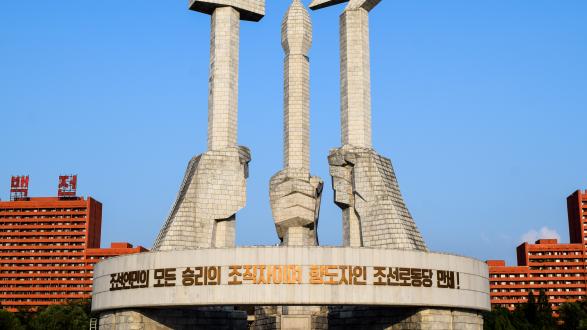 This virtual event will focus on North Korea’s increasingly aggressive missile activity and the implications for security on the Korean Peninsula and throughout the region. The discussion will also touch on the Republic of Korea-US bilateral relationship, the critical role of other East Asian allies in ensuring regional security, and the value (if any) of engaging North Korea through traditional diplomacy. Please join us Join us as Dr. Bruce W. Bennett and Rachel Minyoung Lee provide their insight and discuss any recent developments.

Bennett's work applies wargaming, risk management, deterrence-based strategy, competitive strategies, and military simulation and analysis. He specializes in “asymmetric threats” such as weapons of mass destruction (WMD) and how to counter those threats with new strategies, operational concepts, and technologies. He is an expert in Northeast Asian military issues, having visited the region over 120 times and written much about Korean security issues.

His Northeast Asian research has addressed issues such as future ROK military force requirements, understanding and shaping the ongoing Korean nuclear weapon crisis, Korean unification, the Korean military balance, counters to North Korean chemical and biological weapon threats in Korea and Japan. He has worked with the Office of the Secretary of Defense, the Defense Threat Reduction Agency, U.S. Forces Korea and Japan, the U.S. Pacific Command and Central Command, the ROK and Japanese militaries, and the ROK National Assembly. Bennett received his Ph.D. in policy analysis from the Pardee RAND Graduate School and his B.S. in economics from the California Institute of Technology.

Rachel Minyoung Lee is a Nonresident Fellow with the 38 North Program at the Stimson Center. Lee was a North Korea collection expert and analyst with Open Source Enterprise (OSE; formerly known as Open Source Center) under the CIA from 2000 to 2019. During that time, she wrote on the gamut of North Korean issues, from leadership, domestic politics and economy, and foreign policy, to social and cultural developments. As Analysis Team Lead, Lee led a team of collection officers and analysts to track and analyze North and South Korean issues with implications for Pyongyang’s regime stability and regional security.

Also, a trained translator of North Korean audio and text into English, Lee oversaw major translation projects. Since leaving OSE, Lee has been cited regularly by leading global media outlets, to include The Washington Post, The Wall Street Journal, and The Financial Times. Lee earned her B.A. in English literature and her M.A. in international law, both at Korea University.

Jean H. Lee is a veteran foreign correspondent and expert on North Korea. Lee led the Associated Press news agency’s coverage of the Korean Peninsula as bureau chief from 2008 to 2013. In 2011, she became the first American reporter granted extensive access on the ground in North Korea, and in January 2012 opened AP’s Pyongyang bureau, the only U.S. text/photo news bureau based in the North Korean capital. She has made dozens of extended reporting trips to North Korea, visiting farms, factories, schools, military academies and homes in the course of her exclusive reporting across the country.

During Lee's tenure, AP’s coverage of Kim Jong Il’s 2011 death earned an honorable mention in the deadline reporting category of the 2012 Associated Press Media Editors awards for journalism in the United States and Canada. Lee also won an Online Journalism Award in 2013 for her role in using photography, video and social media in North Korea.