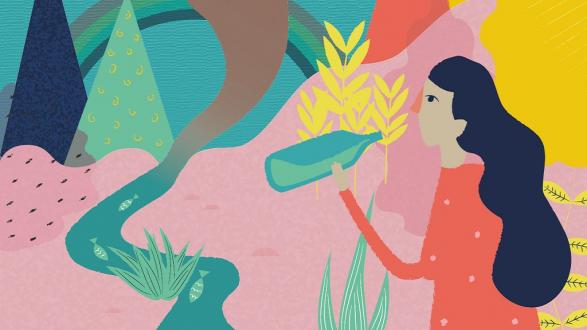 Today, March 22, is World Water Day, designated by the United Nations General Assembly in 1993. This year’s theme is wastewater, accompanied by a campaign called “Why waste water?” The goal is to educate the public about reducing and reusing wastewater.

Wastewater refers to “all water that has been compromised as a result of human influence.” According to UN-Water, the vast majority of wastewater from residential homes, urban cities, industry, and agriculture “flows back to nature without being treated or reused, [thereby] polluting the environment and losing valuable nutrients and other recoverable materials.”

Instead, wastewater can be reduced and reused, such as in gardens, green spaces, irrigation, and more. In 2015, the UN adopted a set of Sustainable Development Goals (SDG) to end poverty, protect the planet, and ensure prosperity for all. The SDGs include a target to ensure everyone has access to safe water by 2030, making water a key issue in the fight to eradicate extreme poverty. SDG 6 calls for halving the proportion of untreated wastewater and increasing water recycling and safe reuse.

Hundreds of events around the world are being held today to raise awareness, educate the public, and inspire people to take action to help solve the global water crisis.

Hundreds of events around the world are being held today to raise awareness, educate the public, and inspire people to take action to help solve the global water crisis. In a report last year, the World Bank said countries faced with limited access to fresh water resources could see their growth rates decline by as much as six percent by the year 2050. And as severe droughts and other water-related crises increase around the world, no group has been affected quite as much as women and girls in developing countries.

Pope Francis, Matt Damon, NASA astronaut Dr. Kathryn Sullivan, and George W. Bush will participate in a livestream address on World Water Day. After the event, 400 thought leaders from around the world will convene at WATERSHED, the first in a series of programs and activities slated for the next five years. These policy makers, academics, students, artists, business leaders, and people from the most at-risk populations will begin an unprecedented dialogue around the value and values of water. The objective is to “align global perception with the immediate reality that water is the trigger for unrest and instability, as well as an opportunity for resolution and collaboration.”

World Water Day is coordinated by UN-Water in collaboration with governments and other partners. Learn more about World Water Day and how you can take action at www.worldwaterday.org.

Read about what the Pacific Council is doing to address the issue of global water scarcity.