Transforming the UAE into a Knowledge-Based Society 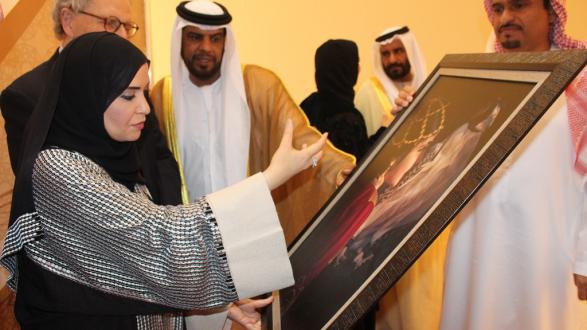 During a recent Pacific Council delegation to Abu Dhabi in the United Arab Emirates (UAE), members met with Dr. Amal Al Qubaisi, President and Speaker of the Federal National Council (FNC), to discuss issues ranging from sustainability and political reform to the participation of women in government.

Dr. Qubaisi made history in 2015 as the Middle East’s first female leader of a national assembly.

The FNC is one of the UAE’s five federal authorities, and its official mandate is to provide for the public debate of legislation, to review laws, and to make recommendations for their ratification. The FNC is comprised of 40 members that represent the 7 different Emirates that make up the UAE: Abu Dhabi, Dubai, Sharjah, Ajman, Umm Al Quwain, Ras Al Khaimah, and Fujairah. As part of a new government accountability program, half of the current members of the FNC are elected by the public rather than appointed: in 2006, all were appointed. Of the current 40 members, 9 are women. In fact, in the most recent elections in 2017, 78 of the 252 candidates were women.

"You need to build awareness of the responsibility to vote."

Dr. Qubaisi told delegates that the FNC is committed to the government’s goal to transform the UAE into a "knowledge-based" society. As part of that effort, in recent years the state has launched departments dedicated specifically to improving the lives and welfare of its people, including a Ministry of Happiness. According to Qubaisi, the Ministry of Happiness plays a key role in the economy and the state, because happy people are more productive members of society and more immune to extremist ideologies.

The FNC is also working on improving political participation nationwide. Qubaisi said that only about one out of every three eligible voters cast a ballot in the last election. "You need to build awareness of the responsibility to vote," she told delegates. Fortunately, she said, "the number of youth voters is increasing."

Delegates discussed current developments in Iraq, Syria, and Yemen, and international efforts in the fight against terrorism and extremism. Qubaisi noted that terrorist groups like ISIL have damaged global perceptions of Islam, and the FNC aims to restore the image of Islam as a religion of tolerance and peace.
____________________