Russia’s Challenge to the Liberal World Order: Part One 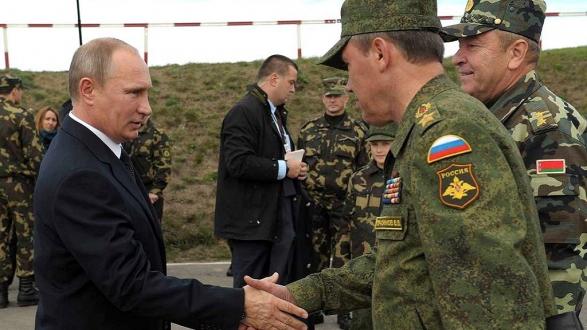 This article is Part One in a three-part series about Russia’s challenge to the liberal world order by Sharyl Cross. Read Part Two here and Part Three here.

The U.S.-Russian relationship stands at the lowest point in nearly three decades triggered by a series of tensions culminating in Russia’s 2014 annexation of Crimea and ongoing involvement backing separatists in Eastern Ukraine. Russia’s intervention in Ukraine has entailed even more serious consequences for the Kremlin’s relationship with the West than prior differences over the Kosovo-NATO air war in 1999 or the Russo-Georgian conflict in 2008. The current state of high tension may be more dangerous than the period of the Cold War confrontation because the rules of the game are unclear and boundaries or lines of demarcation are not well defined.

Recent "Zapad-2017" military exercises conducted by Moscow and its single regional ally Belarus simulating NATO-Russia conventional confrontation scenarios is an obvious reminder that the high expectations for bringing a permanent end to the East-West divisions of the Cold War have sadly not materialized. This is especially unfortunate given the broad range of shared transnational contemporary and emerging security challenges confronting Russia and the West, where security collaboration is so important for successfully addressing these threats serving the interests of all nations of the transatlantic, European, Eurasian, and broader international community.

Although there is an obvious significant asymmetrical power imbalance between the United States and Russia, we should not lose sight of the fact that Russia remains a nuclear superpower with the capacity to pose an existential threat to the United States. Those U.S. lawmakers and policy officials prepared to so readily suggest that the United States might "go to war with Russia" or "confront Russia" should fully consider the implications. Effectively managing the U.S.-Russian bilateral relationship remains critical for United States, European, and broader global security. Russia is not only of central importance in the areas of nuclear security, strategic arms control, and containing nuclear proliferation, but Moscow’s cooperation is vital for managing nearly every other U.S. priority security concern stemming from regional conflicts and transnational challenges and threats. Bilateral intelligence sharing has been valuable in countering terrorism and the two countries have collaborated in combatting international narcotics trafficking and crime, exploring space, and other significant areas. Certainly, Russia’s importance for U.S. and global security can’t be discounted.

Russia and other nations of the world community are confronting significant challenges in attempting to understand and predict American international behavior in the current period of a still new U.S. administration.

The desire of U.S. President Donald Trump to restore the American-Russian relationship to a more productive course is not new. There has been a clear pattern of repeated attempts on the part of the Russian and American presidential leadership (Yeltsin-Clinton, Putin-Bush, Medvedev-Obama) to build partnership. However, although prior stated intentions to promote U.S.-Russia cooperation or the more recent “reset” policy of the Obama administration would result in some concrete progress, still in each presidential transition initial optimism would eventually give way to more sobering assessments of the potential for building strategic partnership or outright clashes of interests and actual geo-strategic conflicts.

Experts and respected policy officials of both the United States and Russia agree that a serious deficit of trust exists in the American-Russian relationship, and there is little hope or optimism that tensions can be overcome in the foreseeable future. The mutual public narratives regarding "the other" prevalent in both societies are surely negative and at times quite unreasonable.
Legitimate bipartisan concern in the United States regarding Moscow’s intentions over allegations of meddling in the 2016 U.S. presidential election is likely to stand as a significant barrier to achieving any marked reduction in bilateral tensions or making progress in advancing vital security cooperation. Many in the U.S. Congress and policy community unquestionably view Russia more as an "adversary" or "enemy," rather than as a potential "partner."

A new round of economic sanctions were imposed on Russia in August following the strong bipartisan mandate President Trump received from Congress, which aimed to further tighten pressure on Moscow. Subsequently, both sides have contributed to further escalating the negative climate with unprecedented reciprocal expulsions of diplomatic staff. At this point, it is difficult to see how there could be any reversal in the downward spiral in the U.S.-Russia bilateral relationship.

The interests of the United States and Russia intersect on several of these issues with some potential for cooperation, but there are also frequently major differences.

In addition, Russia and other nations of the world community are confronting significant challenges in attempting to understand and predict American international behavior in the current period of a still new U.S. administration. At the same time, we face an extremely complex, dynamic, and potentially dangerous global security environment where there are often no easy solutions evident in Syria, the North Korean situation, conflict in Ukraine, and many other areas.

The interests of the United States and Russia intersect on several of these issues with some potential for cooperation, but there are also frequently major differences in terms of assessments, perspectives, and perceived legitimate national interests that will continue to present significant obstacles in productively managing the U.S.-Russian bilateral relationship.

Dr. Sharyl Cross is the director of the Kozmetsky Center at St. Edward’s University and the Austin and Global Policy Fellow at the Woodrow Wilson International Center for Scholars' Kennan Institute for Advanced Russian Studies. She will participate on the Decoding Russia's Geopolitical Ambitions panel at Members Weekend 2017.