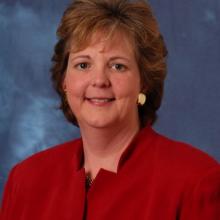 Dr. Sharyl Cross was appointed Director of the Kozmetsky Center at St. Edward’s University beginning in September 2013.  From 2005-2013, Dr. Cross was Professor in the College of International & Security Studies at the George C. Marshall European Center for Security Studies in Garmisch-Partenkirchen Germany.

Prior to the Marshall Center, Dr. Cross was at the United States Air Force Academy where she had been appointed Distinguished Professor of Political Science. Dr. Cross earned a Ph.D. in Political Science from the University of California, Los Angeles, and was resident fellowship scholar and consultant at the RAND Corporation completing programs in Russian area and policy studies.