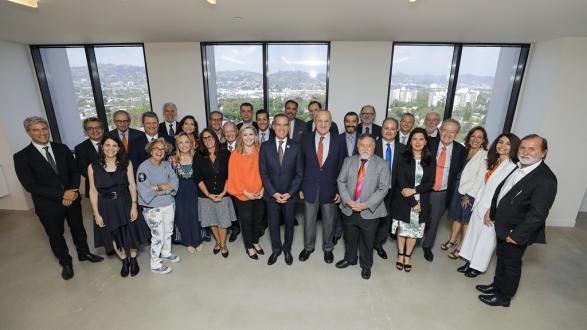 "Mexico and LA are bound together by ties of family, history, and culture. Our inaugural MEXLA meeting reinforces the connections between our city and Mexico so we can learn from one another and create more opportunities together."

MEXLA is the first commission of its kind, representing a rare level of collaboration between a foreign national government and a U.S. city government. The commission will focus on deepening the cultural, economic, and people-to-people ties between the two regions. The Pacific Council on International Policy and the Mexican Council of International Affairs (COMEXI) are the non-profit partners who serve as the conveners for MEXLA.

Learn more about how the Pacific Council’s Mexico Initiative is ramping up for 2020.

Our fall conference, PolicyWest, will feature a TED-style talk in the morning on the future of the U.S.-Mexico relationship.