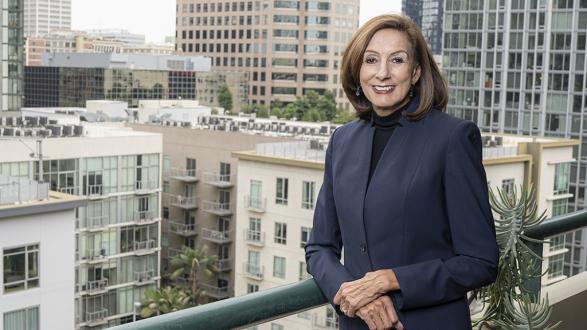 “I wasn’t an international person,” Linda Griego recently told me over breakfast in Downtown Los Angeles. “My world revolved around South and East LA.” But when Abe Lowenthal asked her to join the Pacific Council on International Policy in 1995, he convinced her that this new organization would be important to the city. Though Ms. Griego thought she had too much on her plate at the time, she understood the vision to open LA to the world, and agreed to join the organization’s newly formed Board of Directors.

Linda Griego is a well-known entity within Los Angeles philanthropy and public sector circles. In 1995, she was the CEO of Rebuild LA, an agency trying to promote development in South Los Angeles in the wake of the city’s riots in 1992.

She remembered that Abe Lowenthal connected her to leaders in Chile during her travels there, and they offered their perspectives on the local economy and society that she wouldn’t have gained from simply visiting as a tourist. This opportunity could be considered an early delegation model of the Pacific Council, which now sends member delegations around the world a few times a year to meet with government officials and civil society leaders.

The creation of the Pacific Council in 1995 piqued Linda Griego's interest in international affairs and made it clear to her that LA was destined to become a global city.

Ms. Griego’s experience at the Pacific Council was unique to anything else, she said, and also gave her an edge with other Board positions she held, such as with community banks. And in exchange for what she was gaining by Board service with the Pacific Council, she brought a plethora of experience working locally in Los Angeles, in particular during a period of recession, civil unrest, and high unemployment.

She started to see Los Angeles open up to the world, especially toward Asia and Central and South America, with an “evolution of bringing truth” about places that are deeply connected to Los Angeles, such as Mexico—the city’s largest trade partner.

Ms. Griego served as deputy mayor of Los Angeles under Mayor Tom Bradley, and in that position was in charge of economic development in the city. She was tasked with exploring an opportunity for a Foreign Trade Zone for Los Angeles, a goal sidetracked by the 1992 civil unrest. But the initiative piqued her interest in international affairs and made it clear to her that LA was destined to become a global city.