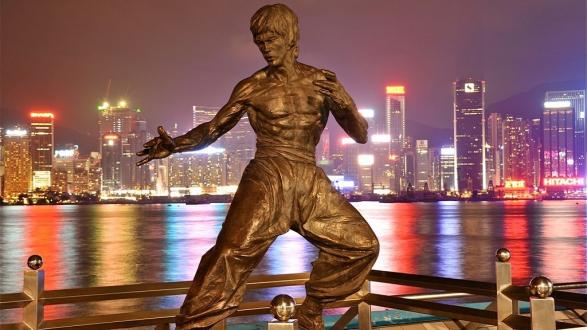 Legend has it that in 1964 San Francisco, a martial arts fight took place between a scruffy young Bruce Lee and kung fu master Wong Jack Man. The fight became an important part of martial arts history and inspired George Nolfi’s latest film, Birth of the Dragon, released this week in the United States.

Nolfi, a Pacific Council member, directed the homage to a classic kung fu film, which is set during the mid-20th century when Bruce Lee started to practice Wing Chun, a Chinese martial arts form and school of thought, in the United States. Lee became a Hollywood celebrity after starring in American kung fu movies in the 1970s. According to Nolfi, Lee believed Chinese martial arts should be a global practice instead of confined to China, as some more traditional Chinese martial artists maintained.

Birth of the Dragon was filmed in China, San Francisco, and Vancouver, and the experience allowed for a deep cultural exchange between the filmmakers and Chinese leaders of kung fu, who expressed enthusiasm and openness to sharing martial arts with new audiences. Kylin Pictures International, a Chinese film financier, financed Birth of the Dragon as well as other recent American films, including Mel Gibson’s Hacksaw Ridge.

Entertainment, media, and creative services—with the potential to reach and influence billions of people worldwide—could serve as an important tool in recasting Chinese and Americans' perceptions of one another.

Entertainment, media, and creative services—with the potential to reach and influence billions of people worldwide—could serve as an important tool in recasting Chinese and Americans' perceptions of one another. As Pacific Council President and CEO Dr. Jerrold D. Green wrote in a June 2016 report, "There is a natural opportunity here to use entertainment as a medium for public diplomacy messaging. The more we learn about China and the more they learn about us, the more likely and able both sides will be to update narratives of one another and to begin a more meaningful and far deeper level of engagement."

There is big money for Hollywood studios to make in China. Hollywood accounted for 42 percent of China’s box office in 2016. That year, China’s homegrown film industry released 1,000 movies, but they only made about $2 million each in China compared with the $70 million on average that Western movies made in China. The Los Angeles Times reported that almost every Chinese film company is facing financial difficulties.

While in recent years Chinese investment in Hollywood has grown, the trend has slowed down in 2017. This is due in large part to the Chinese government’s prohibition on the exchange and export of currency and therefore investment in foreign firms, which Hollywood benefited from significantly.

And from a creative perspective, financial involvement by Chinese companies is having adverse effects on the films. With its investment, China also wants creative control in the form of censoring messages it does not want to reach Chinese audiences.

One example is The Great Wall, which was funded largely by Chinese-owned firms Legendary Entertainment and China Film Group along with Universal Pictures. The film’s narrative portrays China in a positive light, with Matt Damon defending the Chinese state against invaders. The movie tanked in North America and China, earning just $34.8 million in North America and $171 million in China, much less than investors, who lost $75 million on the film, anticipated. China responded to negative reviews of the film by censoring them.

With its investment, China also wants creative control in the form of censoring messages it does not want to reach Chinese audiences.

Another controversy in the Hollywood/China relationship is "whitewashing," when white actors are cast to play traditionally non-white roles. There is a long history of white actors playing Asian characters in Hollywood films that continues today. Casting decisions such as Damon in The Great Wall and Scarlett Johannsson in Ghost in the Shell were met with widespread criticism. Adding to the controversy, a 2015 USC report found that white actors make up an average of 75.2 percent of speaking roles in top-grossing fictional films. For their part, Hollywood studios say Chinese audiences want to see American celebrities.

Nolfi notes that Birth of the Dragon was written by westerners but produced with Chinese executives, and 22 of the film’s 23 speaking roles belong to Asian or Asian-North American actors. The movie is a Hollywood take on an event that is strictly Chinese in culture, but chronicles a moment of historical cross-cultural exchange that anyone who has practiced martial arts or seen a Bruce Lee film can appreciate.

Marissa Moran is the Senior Communications Officer at the Pacific Council on International Policy.