On Immigration, the U.S. Should Follow Canada’s Lead
Mexico 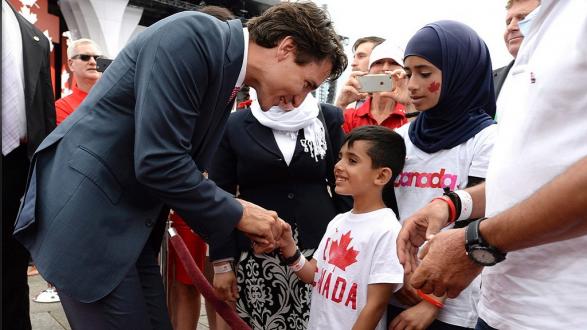 The following is an advance reading for the Members Weekend 2016 discussion with Jonathan Tepperman on his new book The Fix: How Nations Survive and Thrive in a World in Decline (Tim Duggan Books, 2016). This article previously appeared in the Wall Street Journal under the title "How Canada Got Immigration Right."
____________________

Ever since the start of this bizarre presidential campaign, Donald Trump has ensured that most discussions of immigration focus on Mexico and Mexicans. But his noxious rhetoric has obscured the fact that illegal border crossings are just part of the problem. The U.S. system for legal immigration also badly needs reform—and here the answers lie not south but north, in Canada.

Canada today has one of the highest immigration rates in the world. For the past two decades, it has admitted about 250,000 newcomers a year—close to 1 percent of the population—and Ottawa expects that number to grow to 337,000 a year by 2018. More than 20 percent of Canada’s inhabitants are now foreign-born—almost twice the proportion of residents of Sweden, Germany, or the United States, even if you lump in undocumented migrants.

Yet most Canadians couldn’t be happier about it. Polls have shown that two-thirds of them feel that immigration is one of Canada’s key strengths, and the same proportion favors keeping it at its current level—or even increasing it. Despite the global recession and the specter of terrorism, public support for immigration in Canada is near an all-time high.

Canada wasn’t always like this. Until after World War II, Ottawa accepted few outsiders. Even after that changed, who got in was determined by a policy unofficially known as “White Canada.” Northern Europeans were courted; swarthier types from Southern or Eastern Europe were only let in during severe manpower shortages; everybody else was basically banned.

Despite the global recession and the specter of terrorism, public support for immigration in Canada is near an all-time high.

So how did that Canada—timid, racist, and parochial—become the multihued and fiercely open-minded Canada of today? The country didn’t change for some idealistic reason. Canada embraced immigration because it had to. Canadian virtue, such as it is, was born of necessity.

The story dates back to the mid-1960s. At the time, the economy of this vast yet sparsely populated country was booming. But Europe, Canada’s preferred source for the right (read: white) sort of workers, had stopped exporting them as it finally recovered from the war.

After a few false starts, Ottawa accepted the inevitable in 1967 and dropped all ethnic criteria from its immigration rules, replacing them with a revolutionary new policy. Under this system—the essence of which remains in effect today—applicants for residency were assigned points based on nine criteria, such as education, age, fluency in English or French, and whether or not their skills fit Canada’s economic needs. Those who scored above a certain number got in, period. Nothing else mattered.

The new system may have made good sense on economic grounds, but ordinary Canadians didn’t like it—in fact, they hated it. Polls taken in the mid-1960s found that a majority wanted the government to keep excluding nonwhites, while 67 percent opposed any increase in immigration.

This was one of two big problems facing Pierre Trudeau (the father of Canada’s current leader) when he became prime minister in 1968. The other hit closer to home: His birthplace, the largely Francophone province of Quebec, was threatening to secede, and separatists were setting off bombs in Montreal.

After his first efforts to deal with these problems flopped, Trudeau decided to try something radical. In October 1971, he strode into Canada’s Parliament and, in a bombshell speech, announced that “cultural pluralism is the very essence of Canadian identity.” Declaring that no “ethnic group [should] take precedence over any other,” he unveiled a new policy of official multiculturalism. 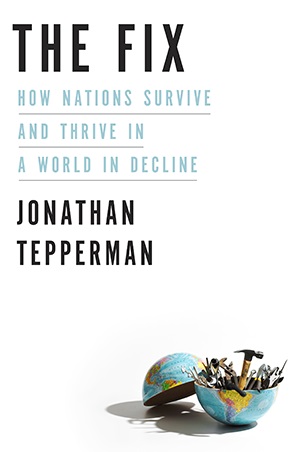 In recent years, critics have come to deride multiculturalism as politically correct nonsense (at best) or a path to ethnic Balkanization (at worst). But there was nothing softheaded about Trudeau’s gambit. When he declared that his government would begin supporting all of the country’s cultures—"the small and weak groups no less than the strong"—he also set out a condition: Such groups had to demonstrate "a desire and effort to… contribute to Canada." His subtext was clear: Integration remained a key goal. But now integration and the retention of one’s native culture wouldn’t be mutually exclusive.

Trudeau liked to stress the idealistic side of his new policy, but he also had pragmatic ends in mind: reducing the threat of Quebecois separatism while also easing the acceptance of the new workers that Canada so desperately needed. And his strategy worked. In fact, the two policies—on immigration and multiculturalism—reinforced one another.

Picking most immigrants based on their ability to make material contributions began paying dividends that benefited everyone. Indeed, the system has produced one of the most successful immigrant populations in the world. According to the OECD, Canadian immigrants are better educated than any other country’s foreign-born population (53% of them enter Canada with college degrees, compared with 39% in the United States). Their employment rate is among the highest in the developed world, and without them, Canada’s workforce would be shrinking and aging.

Meanwhile, generous government support for integration and multicultural initiatives—Ottawa currently spends an estimated $1 billion a year on celebrations of ethnic heritage, pro-immigration TV programs, and the like—has driven home the message that broadening the country’s cultural makeup makes it more Canadian, not less. All of this helps to explain why, when recently asked what makes them proudest of their country, Canadians told pollsters for the firm Environics that they ranked multiculturalism ahead of hockey. Hockey!

The results are what count, and in Canada, they have been spectacular.

No wonder, then, that support for immigration has become a bipartisan cause. Trudeau was a Liberal, but it was a Tory, Brian Mulroney, who enshrined Canada’s multiculturalism into law in 1988. And in 2011, the Conservative Party worked so hard to court foreign-born Canadians that it beat the Liberals among immigrant voters for the first time in history.

Of course, Canada has never had much of a problem with undocumented migrants, thanks to its geographic isolation. Whereas almost a third of the current foreign-born population in the U.S. is undocumented, the figure is no more than 6 percent in Canada.

These numbers help to explain Canadians’ openness, but they don’t tell the whole story. After all, the United Kingdom is also isolated geographically and has close to the same percentage of undocumented workers. Yet Brits are twice as hostile to immigration as are their former colonial subjects. So, smart policies matter.

Was Pierre Trudeau’s grand scheme just a cynical political move dressed up as high principle? Maybe, but the results are what count, and in Canada, they have been spectacular—a record for politicians everywhere to emulate.
____________________

Jonathan Tepperman is the managing editor of Foreign Affairs. This essay is adapted from his new book, The Fix: How Nations Survive and Thrive in a World in Decline, which was published on September 20, 2016, by Tim Duggan Books.