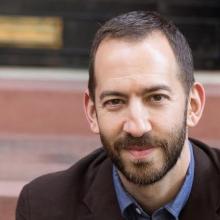 Jonathan Tepperman is the managing editor of Foreign Affairs magazine and author of the upcoming book, The Fix: How Nations Survive and Thrive in a World in Decline (Crown, September 2016).

Tepperman has spent close to twenty years working on international affairs as an editor, writer, and analyst. He started his career in foreign policy working as a speechwriter at the UN in Geneva, Switzerland, in 1994. After stints as a reporter at the Forward and the Jerusalem Post, he joined Foreign Affairs in 1998 as a junior editor. He later moved to Newsweek International, where he was deputy editor (under Fareed Zakaria), and then worked as a political risk consultant before returning to Foreign Affairs in January 2011.

Tepperman has written for a range of publications, including Foreign Affairs, the New York Times, the Washington Post, the Wall Street Journal, the Atlantic, the New Republic, and others, on subjects ranging from international affairs to municipal politics to food and fashion. Tepperman has interviewed more than a dozen world leaders, including Syria’s Bashar al-Assad, Japan’s Shinzo Abe, Brazil’s Luiz Inacio Lula da Silva, Mexico’s Enrique Peña Nieto, Indonesia’s Joko Widodo, and Rwanda’s Paul Kagame. He is the coeditor of the books The U.S. vs. al Qaeda (2011), Iran and the Bomb (2012), and The Clash of Ideas (2012).

Tepperman has a BA in English from Yale, an MA in law from Oxford, and an LLM in law from New York University. He is vice chairman of the Halifax International Security Forum, a member of the Council on Foreign Relations, and a fellow of the New York Institute of Humanities. He lives in Brooklyn with his family.