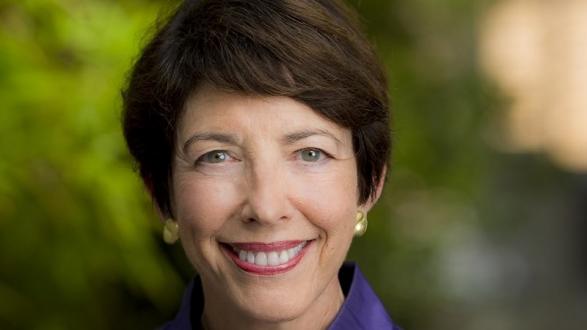 When the Pacific Council was established in 1995, six out of 34 of its founding Directors were women. Dr. Susan Shirk was one of them. Dr. Shirk is currently a research professor and chair of the 21st Century China Center at the School of Global Policy and Strategy at UC San Diego.

Twenty-five years ago, when she sat on the founding Board of the Pacific Council, she was director of the University of California system-wide Institute on Global Conflict and Cooperation (IGCC), a multi-campus international policy research institute. She is one of the most influential experts working on US-China relations and Chinese politics, having authored a number of books on the topic, holding fellowships and receiving prestigious grants throughout her career. She most recently spoke at the Council’s Edgerton Series on A Rising China event in 2019.

Dr. Shirk saw the advantages of being part of the Pacific Council early on.

“From my standpoint, I thought it would be a great way of being more involved in policy-related activities,” she said in a recent interview with the Pacific Council. “I was involved from 1995 to 1997, before going to the State Department in Washington. I saw a very natural compatibility between my organization at the time (IGCC) and Pacific Council. I went up to LA frequently and had the interest of my institute at heart, too, thinking this would be a great way to get our research on international security out there, to have greater impact because we could collaborate and do programs together.

"The Council had the advantage of the academic base of USC. It was a very good combination—an academic base and connections to CFR. People were super excited about it."

“The Council was Abe Lowenthal’s amazing effort to build a West Coast community of people interested in international issues. If there had been efforts in the past I didn’t know about them but people were very excited about the idea,” she continued.

She noted the relationship between Pacific Council and Council on Foreign Relations (CFR) at the time, which lasted until 2008. The original idea was to engage CFR members on the West Coast, who couldn’t participate in the programs that took place in New York, though not all of the first Pacific Council members were CFR members.

“Then, of course, the Council had the advantage of the academic base of USC, where Abe was a faculty member,” Dr. Shirk continued. “It was a very good combination—an academic base and connections to CFR. People were super excited about it.”

Dr. Shirk saw the opportunity to feature more West Coast-based academic expertise through the Pacific Council, to highlight the faculty and foreign policy thinkers at local universities. She advocated for including in Council programs professors who wanted to speak in front of public audiences, to give these experts a platform alongside diplomats. Ultimately, at the time, the focus veered toward bringing D.C. diplomats and officials to West Coast audiences.

"I always felt respected for my expertise and judgement and I didn’t encounter sexism in (this) venue or others. My generation of women was doing all sorts of things that our mothers never dreamed of doing."

Dr. Shirk noted the challenge of community-building in a place like Los Angeles, but said that “the people who really care will make the effort,” and she did personally, driving up from San Diego to events in LA for a couple years.

When asked about what it was like to be one of the only women involved not only at the Pacific Council but in the foreign policy field in the 1990s, she replied that she never felt in any way disparaged or discriminated against.

“I never expected to have the opportunities I’ve had, both in terms of education and profession in the policy world,” she said. “It’s great that there are more women in foreign and security policy now. I always felt respected for my expertise and judgement and I didn’t encounter sexism in (this) venue or others. My generation of women was doing all sorts of things that our mothers never dreamed of doing so I felt it was so cool that I got to do them. And then you just do it!”

Read more reflections on the Pacific Council’s 25 years in LA in our Founders Series.