The Continued Persecution of China's Uighurs 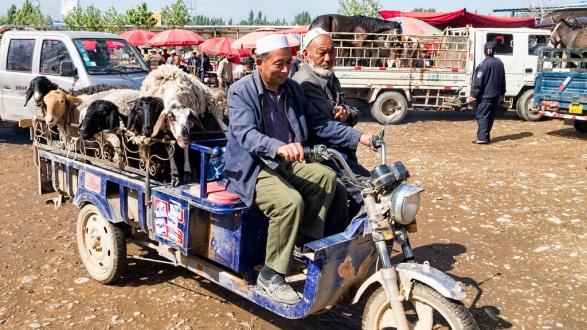 A teleconference exploring the persecution of the Muslim Uighur population in China.

As a Muslim ethnic minority, the Uighurs have had a long, complicated history in China. The last few years, however, have seen a marked change in how this population of over 11 million people are treated.

Why has the persecution of Uighurs escalated? How has the international community responded to China's developing policies toward them? Given conflicting reports from the Chinese government, what do we know definitively about the situation in Xinjiang Province?

Adrian Zenz is a non-resident Senior Fellow in China Studies at the Victims of Communism Memorial Foundation in Washington, D.C. and supervises PhD students at the European School of Culture and Theology in Korntal, Germany. His research focus is on China’s ethnic policy and public recruitment in Tibet and Xinjiang. He is author of “Tibetanness under Threat”. Read more.

Zubayra Shamseden is Chinese Outreach Coordinator at the Uyghur Human Rights Project (UHRP), a documentation and advocacy group based in Washington, DC. She has been campaigning for the human rights and political freedom of the Uyghur people since the late 1980s. Before joining UHRP, Ms. Shamseden worked as Information Officer, Researcher and Translator at the International Uyghur Human Rights and Democracy Foundation (IUHRDF). Read more.

Kimberly Marteau Emerson is a lawyer, civic leader and human rights advocate. From 2013-2017, she lived in Berlin with her husband, US Ambassador to Germany John B. Emerson (ret.), where she worked both with the US Embassy as well as independently to drive projects on multiple platforms, including promotion of German immigration and integration efforts related to the 2015/2016 refugee crisis. Read more.