Dictators and Disinformation: A Discussion on the State of Press Freedom 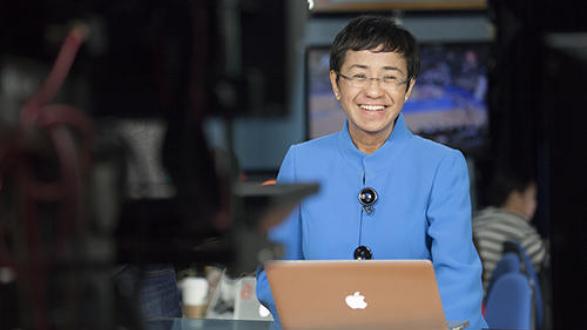 A breakfast conversation featuring Maria Ressa, founder of the Philippine website Rappler and a TIME magazine 2018 Person of the Year, and Joel Simon, executive director of the Committee to Protect Journalists and the author of The New Censorship.

A record number of journalists are in prison, violence against the press is on the rise, authoritarian leaders are undermining the media, and new technologies, once empowering, are being used to harass journalists and spread disinformation. Join us for a discussion on what this means for the state of press freedom around the world.

Maria Ressa is the founder, CEO, and executive editor of Rappler, a Philippine news website created in 2012 that is renowned for its critical coverage of President Rodrigo Duterte's controversial policies and actions. She has taught courses in politics and media for her alma mater, Princeton University, as well as in broadcasting at the University of the Philippines. Her 2012 book, From Bin Laden to Facebook, is part of her work as author-in-residence and senior fellow at the International Centre for Political Violence & Terrorism Research in Singapore. Read more.

Joel Simon is the executive director of the Committee to Protect Journalists, an organization of the forefront of the global struggle for press freedom. Simon has participated in CPJ missions around the world and has helped expand CPJ’s support for at risk journalists through the creation of a dedicated Emergencies Department. Under his leadership, CPJ has been honored with numerous awards, including the Thomas J. Dodd Prize in International Justice and Human Rights, a News & Documentary Emmy, and the 2018 Chatham House Prize, given for the most significant contribution to the improvement of international relations in the previous year. Read more.

If you are not a member of the Pacific Council, but would like to register for this event, please contact us at events@pacificcouncil.org or 213-221-2015.

This event is presented in partnership with:

JANE OLSON: THE PACIFIC COUNCIL IS A WEST COAST INSTITUTION