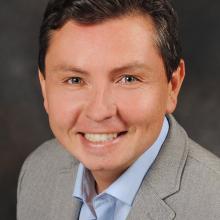 Mietek Boduszynski teaches U.S. Foreign Policy at Pomona College, and was a diplomat with the U.S. Department of State at postings in Albania, Kosovo, Japan, Egypt, Libya and Iraq. At Pomona, he also teaches courses on the Arab Spring, democracy promotion and democratization. A member of the Pacific Council, Boduszynski is an expert on the Balkans and the modern Middle East and North Africa, especially Iraq, Libya and Egypt.

A frequent op-ed contributor to publications such as the The Hill, Foreign Affairs and the Washington Post, Boduszynski published a book on democratization in the Balkans, and has a book coming out in September 2019 titled "US Democracy Promotion in the Arab World: Beyond Interests vs. Ideals".

Will Algeria’s New President Resume Politics as Usual?
Will an Israeli Energy Boom Make the EU Pro-Israel?
Trump Administration Changes U.S. Policy Toward Libya
Japan and the Middle East: U.S. Energy Security Priorities
Public Diplomacy and the American Fortress Embassy
Congress Should Act on Khashoggi Murder
Is America Still a Champion of Democracy in the Trump Era?
A Diplomatic Reality Check on U.S. Expectations in Iraq