Congress Should Act on Khashoggi Murder 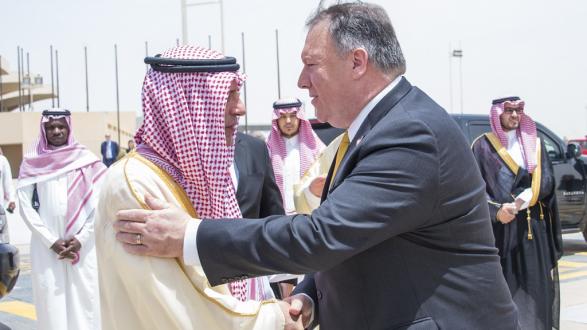 By:
Mieczyslaw Boduszynski
Christopher Lamont
A remarkable thing has happened in Washington since the dissident columnist Jamal Khashoggi was killed inside the Saudi consulate in Istanbul: Not only has Congress taken an activist role around the issue, but it has done so in a way that stands in sharp contrast to the divisive partisanship which has come to define the body in recent years.
Earlier this month, more than 20 senators — a list that included Republican and Democratic members of the Senate Foreign Relations committee — wrote a letter to President Trump calling for an investigation into Khashoggi’s disappearance. They invoked the Global Magnitsky Act, legislation that authorizes sanctions against those responsible for extrajudicial killings, torture or other serious violations of human rights.

The Trump administration seems almost singularly focused on continuing lucrative arms sales to Riyadh, and Trump surrogates such as his advisor and son-in-law Jared Kushner have hinted that the benefits of the relationship to the United States will win at the end of the day.

Congressional outrage may have convinced the Trump administration to leave Treasury Secretary Steven Mnuchin out of an important investors’ conference in Riyadh (Mnuchin still traveled to Riyadh to discuss other matters of bilateral concern) and revoke the visas of 21 identified suspects in the killing.
But it does not appear that Congressional outrage will convince the White House to reevaluate the U.S. relationship with the Saudi monarchy. Rather, the Trump administration seems almost singularly focused on continuing lucrative arms sales to Riyadh, and Trump surrogates such as his advisor and son-in-law Jared Kushner have hinted that the benefits of the relationship to the United States will win at the end of the day.
America’s capacity to promote human rights is strongest when the various tools it can bring to the table — sanctions, diplomatic pressure, and congressional action — are deployed along with high-level attention and pressure from the White House. Absent policy coherence at the top, the effectiveness of these tools quickly break down.
Repressive regimes gauge the resolve of the United States. If they sense that they can "wait out" any criticism emanating from Washington, or if they sense that the criticism lacks teeth, they are unlikely to cage their repressive behavior. This is especially true if the foreign government knows the United States perceived that interests are at stake. For example, Saudi Crown Prince Mohammed Bin Salman knows that the Kingdom’s support is critical to some of Trump’s major foreign policy initiatives, such as isolating Iran.

America’s capacity to promote human rights is strongest when the various tools it can bring to the table — sanctions, diplomatic pressure, and congressional action — are deployed along with high-level attention and pressure from the White House.

Accordingly, while ostensibly promoting reforms, Mohammed Bin Salman has presided over the worst escalation of repression in the kingdom’s history, not to mention pursuing a reckless war in neighboring Yemen. Not coincidentally, this has coincided with Trump’s presidency, and his administration’s close embrace of the crown prince. Mohammed Bin Salman may have concluded that he could get away with such a brazen and brutal act, calculating that in the end, the White House would have his back. If other autocrats see Riyadh emerge from this crisis largely unscathed, America’s ability to promote human rights abroad will be left in tatters.

The Khashoggi affair is a moment for Congress to force the administration’s hand.

However, Congress controls the purse strings and can reject arms sales. It has used this power in the past to ensure human rights are part of U.S. policy, such as in the case of Egypt. But it often does so in a way that gives presidents an easy way to circumvent the legislation. For example, Congress previously inserted a provision in the defense spending bill conditioning arms sales to Saudi Arabia and the United Arab Emirates on an improved human rights record in the devastating Yemen war. However, it left the determination of compliance to Secretary of State Mike Pompeo, who certified that the Saudis and Emiratis were complying with these conditions. Human rights groups and the United Nations think otherwise.
The Khashoggi affair is a moment for Congress to force the administration’s hand. One way Congress could send a strong message is to mandate conditions on arms sales to the Kingdom without a including a loophole that allows the White House to waive the conditions based on national security considerations.
In fact, Congress could be our last, best hope to check the president’s disregard for America’s traditional human rights and democracy-promoting role. While Congressional statements and threats may limit the Trump administration’s impulses to look the other way and hope that the news of Khashoggi’s killing is overtaken by new headlines, it is doubtful if this will be enough to overcome Trump’s instinct to avoid pushing the kingdom meaningfully on human rights.

Legislative deference to the executive branch rests on a lack of will rather than a lack of power.

Congress took bold action around arms sales and human rights in the 1970s. But it is unclear if that kind of resolve exists among Trump’s Republican allies in Congress today. Legislative deference to the executive branch rests on a lack of will rather than a lack of power. While the U.S. Constitution gives Congress clear prerogatives over foreign policy, since 9/11 members of Congress have too frequently deferred to executive power. The Khashoggi affair could be a moment of truth, when Congress takes determined action to push back on an administration that has hurt America’s moral standing in the world.
________________________

Mieczyslaw Boduszynski is an assistant professor of international relations at Pomona College in California and a former American diplomat with the State Department. Christopher Lamont is an associate professor of international relations at Tokyo International University in Japan.
This piece was originally published in The Hill.
The views and opinions expressed here are those of the authors and do not necessarily reflect the official policy or position of the Pacific Council.