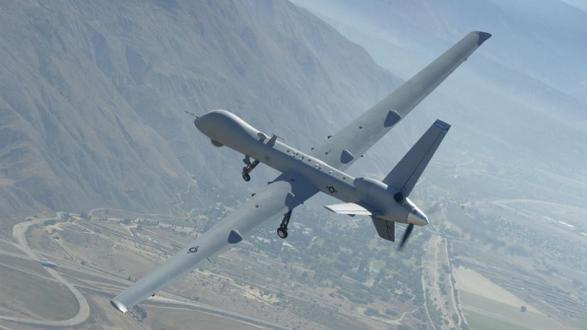 The third installment of the Pacific Council’s Summer Teleconference Series focused on advances in artificial intelligence (AI) and how its evolving technology can affect national security.

Participating in the teleconference was Dr. Avi Goldfarb, the Ellison professor of marketing and Rotman chair in artificial intelligence and healthcare at the University of Toronto, and Ms. Elsa Kania, an adjunct fellow in the Technology and National Security Program at the Center for New American Security. Mr. Tom Simonite, a senior writer with Wired, moderated the conversation.

Underlying the excitement of advancing AI technology "is a little bit of fear," Goldfarb said. While it is easy to think of the frightening versions of artificial intelligence shown in the media, it does not quite reflect reality. "It’s not crazy to think about truly intelligent machines, but the science is a long way away," he added. About 30 to 50 years away, to be exact.

AI has the ability to "reduce uncertainty and improve judgement, and for a commander on the battlefield, that’s a capability very much at a premium."

So what exactly is the current reality of artificial intelligence?

Goldfarb said it is less about creating truly intelligent machines, and more about prediction technology. Technology can use data to fill in missing information, thus reducing uncertainty.

Simonite asked about the extent to which human decision making could be replaced with technology, but Goldfarb stressed, "AI is not automation." Humans will still be necessary in order to judge the correct action for a situation, such as in a military context.

Kania said the United States, China, and Russia are all using artificial intelligence in their militaries, but that its applications are more "enabling than disruptive." Instead, machine intelligence is being used to augment human intelligence.

AI has the ability to "reduce uncertainty and improve judgement, and for a commander on the battlefield, that’s a capability very much at a premium," Kania said.

"This isn’t a zero sum game. If something is invented somewhere else in the world, that can make everybody better off. Science is a global enterprise, and scientific advances tend to make us all better off economically."

Kania pointed to the importance of testing and verification processes to ensure the assuredness of the systems moving forward. But ultimately, she claims AI could potentially be the start of a "new revolution in military affairs that could change the character and, some would argue, the nature of warfare."

Simonite mentioned the advances of China’s AI technology and asked about global strategies behind its development.

Goldfarb mentioned that China has such a large population that the sheer quantity of data that can be collected is an advantage. But Kania also pointed to the importance of quality over quantity, and wondered whether China has the capability to effectively manage its data moving forward.

And ultimately, "if there is an arms race in AI today, the battlefield right now is talent," Kania said.

While China’s population is larger, the United States has an advantage in attracting engineering talent, especially international talent, to develop artificial intelligence. But the Chinese government is implementing educational initiatives to attract new talent and investing heavily in this area, while the United States has placed less emphasis on this area in the past few years.

Militaries will be "somewhat conservative" in their approaches to AI given its uncertainties and vulnerability to manipulation.

But it is not always a competition, Goldfarb stressed. "This isn’t a zero sum game. If something is invented somewhere else in the world, that can make everybody better off," he said. "Science is a global enterprise, and scientific advances tend to make us all better off economically."

So is AI anything to be concerned about?

There are worries about the creation of autonomous weapons, which could be used for automation for missiles and nuclear submarines, Kania said. Goldfarb added that it is also much easier to track nuclear technologies compared to tracking artificial intelligence and autonomous weapons.

But despite the concern, militaries will be "somewhat conservative" in their approaches to AI given its uncertainties and vulnerability to manipulation.