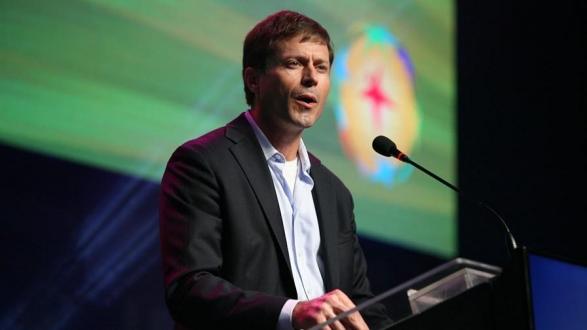 The following is a brief update from the Project to Strategically Protect Soft Networks, an effort by Pacific Council member and retired U.S. Army Colonel Steve Miska to create a public-private enterprise that engages the U.S. policy community and infuses creativity into the development of policy measures that effectively protect soft networks. The Pacific Council partnered with SPSN to engage other Council members in a policy development process that sought to ensure our allies’ faith in U.S. missions abroad, such as by hosting a discussion at PolicyWest featuring a former Iraqi interpreter and an American who hosted an Afghan family fleeing violence abroad. Read a recent report featuring SPSN's research on and recommendations for protecting soft networks.

The death of Iran’s Islamic Revolutionary Guard Corps General and Quds force leader Qassem Soleimani in a U.S. drone strike on January 3, and the ongoing anti-government protests in Iraq against both Iran and U.S. influence in the country, have created a highly volatile situation for the safety of our soft networks in the region.

Thank you for your continued support of our work on the Project to Strategically Protect Soft Networks. We hope to keep you up to date on the situation as it continues to develop in the upcoming months. Please consider supporting our soft network allies through your advocacy, volunteer work, and donations.

Steve Miska is a Pacific Council member and the founder of SLC Consulting. He recently launched a project to Strategically Protect Soft Networks (SPSN), in conjunction with the Pacific Council, to research and recommend policies to protect U.S. allies in conflict zones.

Jure Erlic is a Master’s student at Carnegie Melon University and served as a junior fellow at the project to Strategically Protect Soft Networks in Summer and Fall 2019.