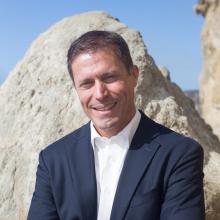 Steve Miska served as an officer in the United States Army for 25 years before retiring in 2015.

From 2011 to 2012, Steve served in the White House as Director for Iraq on the National Security Council. During his second of three combat tours in Iraq, Steve led a team that established an underground railroad from Baghdad to Amman to the United States for dozens of foreign military interpreters who supported U.S. troops in country and wrote a book about the experience titled "Baghdad Underground Railroad".

Since then, he has written extensively about the need to protect soft networks and has acted as an advisor to several non-profits that aim to support and protect foreign military interpreters, including No One Left Behind and the International Refugee Assistance Project. He is the Founder & CEO of Servant Leader Citizen (SLC) Consulting, which exists to educate others about national security and counterterrorism issues in an increasingly global environment, and executive director of the non-profit First Amendment Voice, a nonpartisan effort to reinvigorate civic awareness about First Amendment issues.

Steve is a graduate of the United States Military Academy, Cornell University, and the National Defense University.