Understanding the Causes of Migration from Central America 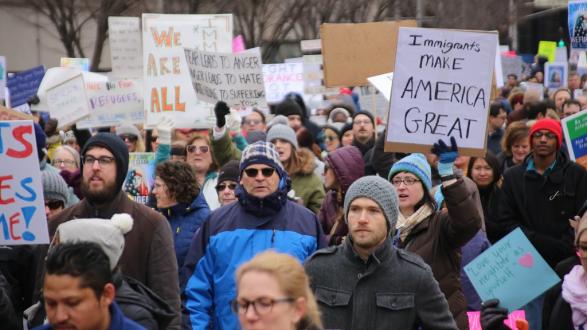 Over the course of multiple administrations, political debate in the United States has centered on potential responses to migration from Central America. While recent public discourse on immigration policy has grown more acrimonious, there is consensus among analysts, policymakers, and activists that the scale of migration constitutes an international crisis.

Late last year, a wave of people seeking asylum in the United States arrived in Tijuana, capturing public attention and underscoring the urgency of the issue. On November 3, 2018, the mayor of Tijuana, Juan Manuel Gastélum, announced a “humanitarian crisis” and requested assistance from the United Nations to address the situation. Currently numbering in the thousands, the group of migrants comes mainly from El Salvador, Guatemala, and Honduras—consistent with an overall increase in immigration from these Northern Triangle countries in recent years.

What underlies this ongoing trend? According to analysis published by Brookings and recent reports from Doctors Without Borders and the UN High Commissioner for Refugees, violence is the most significant factor motivating migration from Central America.

This concerning trend of growing homicide rates in El Salvador supports analysis attributing the proliferation of gang violence and organized crime to a dramatic decline in safety throughout the region.

In El Salvador, homicide rates have grown steadily, marking an almost threefold increase between 2003 and 2015. This concerning trend supports analysis attributing the proliferation of gang violence and organized crime to a dramatic decline in safety throughout the region.

Political instability and lack of accountability in the Northern Triangle countries have exacerbated the spread of violence and eroded public confidence in government.

Political instability and lack of accountability in the Northern Triangle countries have exacerbated the spread of violence and eroded public confidence in government. Margaret Sekaggya, former UN Special Rapporteur on the situation of human rights defenders, conducted a fact-finding visit to Honduras in 2012, after which she concluded that “there has been little or no progress in investigating the attacks and threats made against journalists, human rights defenders, and political activists. Those responsible for human rights violations remain unpunished, and the victims have yet to receive adequate judicial protection or reparation.”

An Amnesty International report on El Salvador raises similar concerns, citing law enforcement practices that fall short of international human rights requirements, claims of extrajudicial executions, lack of accountability for rights abuses, and widespread threats to vulnerable groups. Similarly, marginalized communities in Guatemala are affected by systemic inequality, including forced relocation of indigenous groups. Activists have been threatened and attacked while advocating for land and environmental rights. An indigenous and land rights activist, Sebastián Alonso Juan, was killed during a peaceful protest in January 2017.

LGBTQ people have faced particular danger in the region. Violence based on gender and sexual orientation is prevalent throughout El Salvador, Guatemala, and Honduras. Amnesty International states that LGBTQ communities face high levels of stigma and persecution with authorities seldom intervening in support. Doctors Without Borders has noted that LGBTQ people in the region are especially vulnerable to threats and sexual attack. Human rights activists, including activists working to advance LGBTQ rights, have experienced targeted attacks from both gangs and state actors.

Gender-based crimes pose a major concern: El Salvador and Honduras rank third and fifth in femicides respectively in 2015, according to analysis from the Migration Policy Institute. Gang violence deeply impacts women and girls—members often target women and girls for kidnapping, extortion, and forced recruitment. Attacks against daughters and sisters of rival gang members characterize a known tactic in inter-group conflict.

Trends in migration from Central America follow these patterns of violence. Since FY 2012, the absolute number and proportion of migrant women apprehended in Mexico has increased from 11,336 (13%) to 30,541 (25%) in FY 2017. LGBTQ people make up a significant part of the most recent migratory wave from Central America. From 2011 to 2016, the United States apprehended 178,825 young people traveling from Northern Triangle countries—a figure that the Center for Global Development has strongly linked to the degree of social conflict in the region.

The regional conflict fueling migration does not arise in a vacuum. The United States’ 1990s deportation campaign of Salvadoran gang members for low threshold convictions directly contributed to the transnational growth of gangs like MS-13. According to the International Crisis Group, the lack of effective pathways for people seeking asylum in the United States has fed organized criminal networks that specialize in smuggling and human trafficking. The forces contributing to instability in Central America are international in nature and require a collaborative approach.

To find effective and meaningful solutions, policymakers must understand the factors motivating people to migrate from the region.

Several thousand people remain in Tijuana awaiting a chance to apply for asylum. Many are unhoused and lack any financial resources. The distance they traveled and difficulty of the journey attest to the gravity of the situations they left behind. Immigration will remain a fraught conversation in domestic politics.

To find effective and meaningful solutions, policymakers must understand the factors motivating people to migrate from the region. Without a nuanced view of the pervasive violence driving peoples’ search for survival, discussions around responding to this humanitarian crisis will fall short of the urgent need to address its underlying causes.

Tyler Takemoto served as a Pacific Council Junior Fellow in the Trips Department in summer 2015 and currently supports civil rights advocacy at the ACLU of Southern California.